A big reason why Philadelphia State Representative Mark Cohen keeps pushing for the legalization of medical marijuana in Pennsylvania is reality: many people need the substance for treatment of their illnesses and other states have already approved medical use of marijuana.

“Right now, marijuana is readily available to the vast majority of Pennsylvanians, but it’s illegal. This bill sets up a statutory framework which legalizes the use of marijuana for medical purposes,” Cohen said about his legislation (House Bill 1181) introduced on April 15, 2013 that would legalize the use of medical marijuana in the state.

California, in 1996, became the first state to approve the medical use of the substance that was once one of the most widely prescribed medications in the United States until the early decades of the 20th Century. Illinois and New Hampshire legalized medical marijuana in 2013. Medical marijuana is also legal in America’s capital, the District of Columbia, with one dispensary for medical marijuana located blocks from Capitol Hill. 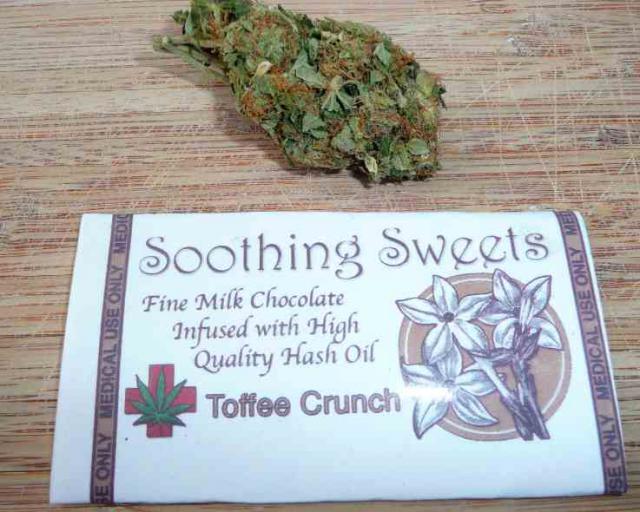 Pot can be inhaled or ingested.

“Personally, I would have favored passing it years ago,” Cohen said of his legislative initiative that is similar to a medical marijuana bill now pending in the Pa State Senate. Cohen introduced a medical marijuana measure in 2009 that failed to win passage in the state House.

“I favor passing it now, or ASAP, because a lot of people are suffering and they would benefit from having access to legal marijuana. And a certain number of the people who buy marijuana now . . . are buying it for medical purposes, and those people are not to be criminalized,” sid Cohen,whose district includes East Oak Lane. “Right now, if anybody’s caught buying it for medical purposes or other purposes they could get years in jail. And that’s wrong.” Cohen, a state representative since 1974, is one of the longest serving state legislators in the nation.

Apart from making it safer for those in need of medical relief to buy marijuana, Rep. Cohen believes that passing this bill would offer very real medical benefits to those suffering from various debilitating illnesses.

“Marijuana reduces stress, marijuana has fewer side effects by far than steroids, or morphine . . . or other medications they use to deal with pain. Marijuana slows down glaucoma, and marijuana helps treat diseases. It’s not a cure-all for everything, but it’s something that doctors are increasingly familiar with and should be familiar with. I think if a doctor recommends marijuana, it ought to be legal in Pennsylvania for a person to take marijuana.”

There is vigorous debate on the value of medical marijuana. Many of those proclaiming the lack of medical value in marijuana simply ignore the history of marijuana’s medical use dating back thousands of years. Marijuana was included in the U.S. Pharmacopoeia of medicines from 1851-1942 –- a period that reaches five years past the date that the federal government outlawed the plant.

Marijuana “has been used therapeutically from the earliest records, nearly 5,000-years ago–to the present day and its products have been widely noted for their effects, both physiological and psychological, throughout the world,” stated the 1972 report of the National Commission on Marijuana and Drug Abuse.

That commission, headed by a former Republican governor from Pennsylvania, was appointed by then President Richard Nixon, who launched the so-called “War on Drugs.”

A co-sponsor of Cohen’s bill, fellow Philadelphian Rep. Michael O’Brien, said, “As somebody who was involved in an accident twenty years ago, I understand that it’s more dangerous to be prescribed some of the narcotics that they do, and I think all in all that the use of medical marijuana would be a far better option for folks undergoing cancer treatment . . . I just think it’s a better option.”

Under Cohen’s bill, it will also be legal for “caretakers” to cultivate up to six plants and to possess six ounces of marijuana. Caretakers may not consume marijuana under that law, however, and may only have one qualifying patient at a time.

According to another co-sponsor of Cohen’s bill, Rep. Michelle Brownlee of North Philadelphia, caretakers would have to be registered and have some kind of identification so that the Department of Health would be able to regulate it “as opposed to just having somebody grow marijuana for any purpose, especially if it is not legal through recreational use.”

But is medical marijuana the first step towards legalizing recreational use of marijuana by adults?

When asked why, she said, “some consider it a gateway drug”

A 1999 report by America’s National Academy of Sciences Institute of Medicine stated, “There is no conclusive evidence that the drug effects of marijuana are causally linked to the subsequent abuse of other illicit drugs.”

That 1972 presidential commission report found no evidence to back the widely held belief in America that marijuana use automatically leads to use of hard drugs like heroin.

That 1972 report, known as the Schafer Report, noted that there is an “extensive degree of misinformation about marijuana as a drug…”

“Once the state got into the lottery business, that ended the link between playing the numbers and engaging in home burglary, and the number of home burglaries have gone down 75% since the lottery has been legal in Pennsylvania….What would happen to the use of harder drugs . . . is the consumption of those drugs would also go way down if the dealers of those drugs didn’t have a client base from the sale of marijuana. And I think the more we do to make marijuana legal, the more we do to undermine the sale of dangerous drugs.”

Legalizing marijuana – medical use and/or recreational adult use – would also enable the state to tax it. When asked where the revenue would go, co-sponsor Michael O’Brien had a ready answer.

Completely legalizing marijuana in Pennsylvania, as Colorado and Washington State did last year is much farther in the future for the Keystone State according to these state representatives. Co-sponsor Michael O’Brien explained that, “with Pennsylvania being a rather conservative state, I think we’re going to have to take that step [medical marijuana] first.”

“Premature” is what Rep. Cohen said when asked about his opinion on Pennsylvania State Senator Daylin Leach’s proposed bill to legalize recreational marijuana.

“I think we need to see how it works in Colorado and Washington, and assuming that it works reasonably well, I personally would be glad to introduce a full legalization of marijuana at such time, but it’s too early now,” Cohen said.
“There have been voter referendums supporting [legalization] . . . but there’s been no experience with actually implementing legal marijuana for all people who want it,” Cohen noted. “And until such time as there is experience, I don’t see any way that it could possibly pass in Pennsylvania.”

Rep. Brownlee agreed that difficulties exist for adult use legalization in Pennsylvania. despite public opinion polls showing increasing support for full legalization in this state. “It’s kind of hard to get us into the twenty-first century,” he said.

A measure to conduct a non-binding voter referendum on legalizing marijuana was introduced in late March by State Representative Jake Wheatley of Pittsburgh. Wheatley said the referendum could aid legislators in formally approving legalization.