Of course, hundreds of thousands of people–teachers, nurses, park rangers, musicians, writers, artists, small farmers and social workers–spend their lives working at low wages trying to make others happy and better educated, or to produce things that people need or that bring joy to others, content that their lives have meaning. Yet this same individual, who was worth perhaps a hundred million of dollars, spent his life simply amassing ever more wealth, which is what the rich and powerful do. He worked hard raking it in, riding roughshod over employees, competitors, and workers, all with the goal of obtaining more wealth, though he had no hope of ever spending what he had. When he died, he left behind a family squabbling over the spoils.

And how different, really, was he from most wealthy, powerful people? To be sure, some give extravagantly to charity, especially when they die, but their bequests can never compensate for the harm they do in their lifetimes. 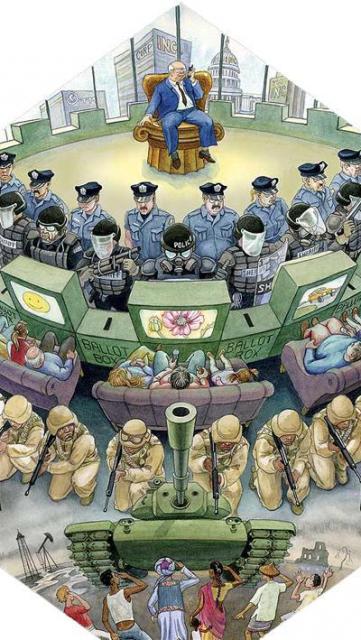 The corporate manager or owner is a sociopath

Let’s face it. Capitalism is a disease–a raging infection that causes its hosts to become sociopaths.

When I lived in Hong Kong, where I worked as a correspondent for Business Week magazine back in the mid-1990s, my wife Joyce and I adopted a baby boy from a local Hong Kong orphanage. For the first six months, under the terms of the adoption process, we had Jed living with us in a foster-care arrangement, which required us to take him to regular visits to Queen Mary Hospital’s toddler clinic. There we often met a British couple who at the same time as us had adopted two boys, both with physical disabilities–one affecting his walking, and the other his vision. The man was someone I knew professionally–a major figure in the international investment banking industry who worked for a large British bank. I knew he had been centrally involved in lucrative deals in Southeast Asia that had financed some poorly planned infrastructure projects that were displacing and destroying the lives of tens of thousands of poor people, and that he had actually been indicted in one country for having misled the government there about the risks involved in the loans. But here he was, with his two adopted kids, just a model father: loving, patient and kind.

I was struck by this man’s ability to segment his personality into two discrete halves–a caring human being, and a profit-maximizing monster.

But over the years, I’ve come to realize that he didn’t realize he was a monster, for this is really the marvel of capitalism: its ability to treat as a virtue the ruthless pursuit of profit.

Corporate tycoons and managers have for several centuries now wreaked havoc on workers, and on the environment, yet because they also control the government, the schools and the media, we have, especially here in America, come to celebrate their sociopathy. “It’s just business,” we say, as millions of people are laid off when sales are down, or when some investment bank or leveraged buyout house arranges for a takeover of some enterprise and promptly tosses half the workforce out on the sidewalk. “It’s just business,” we say, when a bank tosses thousands of people out of their homes because, laid off from their jobs, they’re late in making a few mortgage payments. (This, by the way, is where capitalism differs from communism or state capitalism. In countries where the state and economy are centrally run, few people speak glowingly of the maximum leaders of society as being virtuous or fulfilling their proper role. By and large they are resented or hated.)

Now we have a well spewing toxic crude oil into the Gulf of Mexico in the biggest purely man-made environmental disaster in the history of the Gulf and of the United States. That’s “just business” too: the company’s managers were paying over $1 million a day to rent the Deepwater Horizon drilling rig from TransOcean, and so they cut some corners to get the well finished so they could cap it, and get rid of the rig. Unfortunately, the corners they cut ended up causing a blowout that killed 11 men, sank the rig, and broke open the wellhead.

The truth is that capitalism is but a blip in the history of mankind. Think about it. For almost all of history and prehistory, humans and pre-humans alike lived in communal arrangements where the group, or tribe or clan worked towards a collective goal of survival. There were leaders who rose to the top through merit, which was fairly easy to establish: the leader was either smarter, or stronger, or had more friends and allies than the rest. But the leader’s prime qualification was that he or she was deemed best able to protect and promote the survival of the whole group.

Anthropologists have found endless variants on the organization of human societies in so-called “primitive” societies, some very top-down and hierarchical, and some very communal and cooperative, but the common thread seems to be that the general welfare of the social unit was a key objective, and the difference between ruler and ruled, in terms of wealth and well-being, was generally very narrow.

A second feature of mankind’s history until only the last few hundred years or so, has been that nature has been respected, and even revered.

Capitalism has completely done away with this traditional reality of human existence. In capitalism, the welfare of a large proportion of society is simply ignored or openly put at risk. The capitalist views the low-wage worker and the unemployed person as just another resource to be subjugated and exploited, along with the rest of nature. Educated workers are sometimes treated slightly better, but only slightly, simply because they are deemed a bigger investment, worth hanging onto longer, until the investment has been amortized and they too can be trashed.

In the final analysis, though, there is no concern for the society, for the well-being of the group. The only thing that matters, the only virtue, is profit maximization and increased share value, which means bigger bonuses for management and bigger returns for the investor.

For a while, mankind, and the earth, could tolerate this sociopathic ideology, but we’ve clearly reached the point where it has to be recognized as a fatal disease. Capitalism and the greed it engenders and elevates to a virtue now threatens to finish us all off.

“I want my life back,” wails BP CEO Tony Hayward, whose push for ever greater profits at BP led directly to the decision to cut corners on the Deepwater Horizon drilling project. What an arrogant illustration of the selfishness of this narcissistic sociopathy. A huge swath of the earth’s precious ecology is put at grave risk from his actions, and Hayward is bemoaning his personal discomfort, when a mentally healthy person in this position would either be committing ritual hari kiri or would be atoning by donning sackcloth to devote his remaining years to cleaning oil-soaked birds and porpoises.

It’s time we recognized this capitalist disease for what it is. The young woman with her inspirational wall message had it right. We need to reject the capitalist’s siren call for more and more, and to start being happy with what we have. Then maybe we can all start caring for the well-being of those around us, instead of seeing them as competitors for the things we covet.