Sadly, my generation had to relearn the lessons of Vietnam in Iraq and Afghanistan. But in coming to terms with our defeat, we have a chance to ensure that we do not sacrifice future generations to such folly.

I’m sure President-Elect Joe Biden had some choice words when he heard about the assassination of Iranian nuclear scientist Mohsen Fakhrizadeh in an ambush on an Iranian highway. Killings like this are naturally furtive acts undertaken by experts in the art of wetwork. Yet, it’s a no-brainer that Israeli Prime Minister Benjamin Netanyahu is behind it with a stubby thumbs-up from Lameduck US President Donald Trump. The question on everyone’s mind is: Can this odious duo (with the help of the grinning Saudi butcher, Mohammed bin Salmon) permanently destroy a serious peace effort and replace it with a new Middle East war fever? 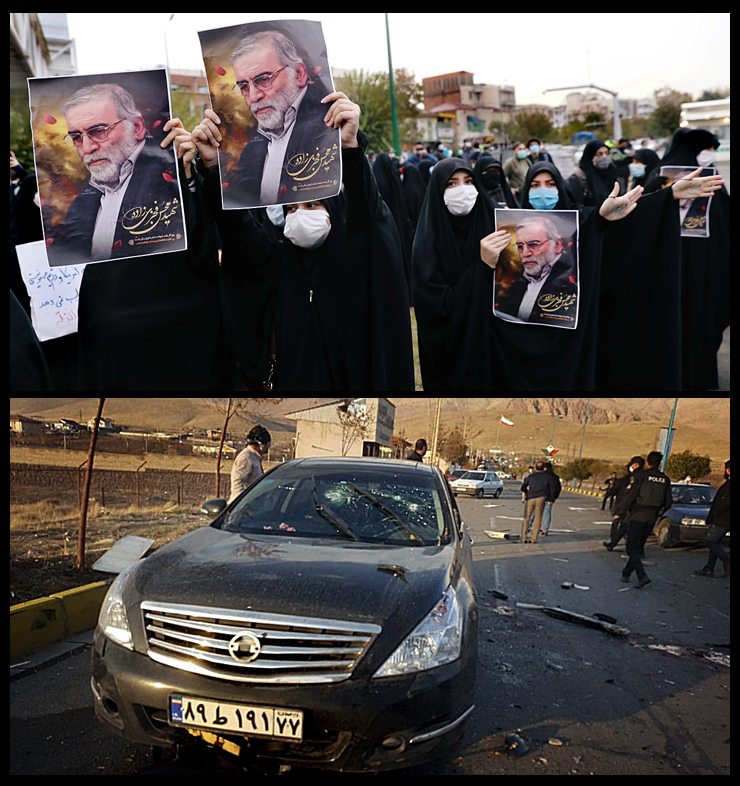 The legacies of our two Middle East/SW Asia Wars have come in for some pretty bad analysis and conclusions lately. I expect even Joe Biden, who supported those wars enthusiastically, would admit they both turned out to be ill-advised and very costly adventures. The cost to US tax-payers for these debacles is estimated to be as high as $6 trillion — that’s with a “t.” While we’re at it, we might as well add the Drug War to that list of debacles. To the many militarists in our government, they all seemed like the right thing to do at the moment. Then, momentum took over.

George W. Bush’s Iraq War was going to bring democracy to Iraq; yet, what it actually did was turn the keys of Iraq over to the Shiite majority that had been brutally oppressed by Iraq’s Sunni minority.  Those Shiites, of course, were close allies with neighboring Shiites in Iran. During WWI, the Brits had helped set up the Sunni/Shiite arrangement that eventually led to the Sunni rule of Saddam Hussein, the despotic leader we were certain was amassing nuclear weapons. This led to brutal house-to-house assaults, torture and targeted killings in Sunni Anbar Province in Iraq, which, in turn, led to the rise of a truly psychotic insurgency called ISIS. This motley band of vengeance-minded crazies lacked the highly sophisticated weapons of terror the United States employed against Iraqis. But ISIS was nothing if not creative and made up for its shortcomings in weaponry by relying on sensational videos of young Sunni warriors slicing off the heads of their enemies, some of them Americans. The horror made Americans more inclined to accept massive bombings as accepted policy.

In the end, Iraq, a nation that under Saddam Hussein had been approaching first-world levels of sophistication in some areas of culture and society, was driven to ground to become for the foreseeable future a basket case. In 2003 and 2004, I made two 12-hour trips via SUV from Amman, Jordon, to Baghdad through Anbar Province; at truck stops and other places along the way, I met many Iraqis, some who made it clear they hated George W. Bush, some of whom may have eventually become part of ISIS.

One of the diplomatic efforts the Obama/Biden team did that much of the world applauded was the Iran Nuclear Deal; Secretary of State John Kerry worked hard on this with the Iranian foreign minister.  As did Jake Sullivan, now designated by Biden as his national security adviser. But, then, Donald Trump — with Israeli Prime Minister Netanyahu’s encouragement — torpedoed the peace deal and lay new, crippling sanctions on Iran. Trump went on to assassinate Iran’s popular top military man, Qasem Soleimani. Now Trump and Netanyahu are determined to do all they can to destroy any chance for re-vitalizing the Iran peace deal once Biden takes office. 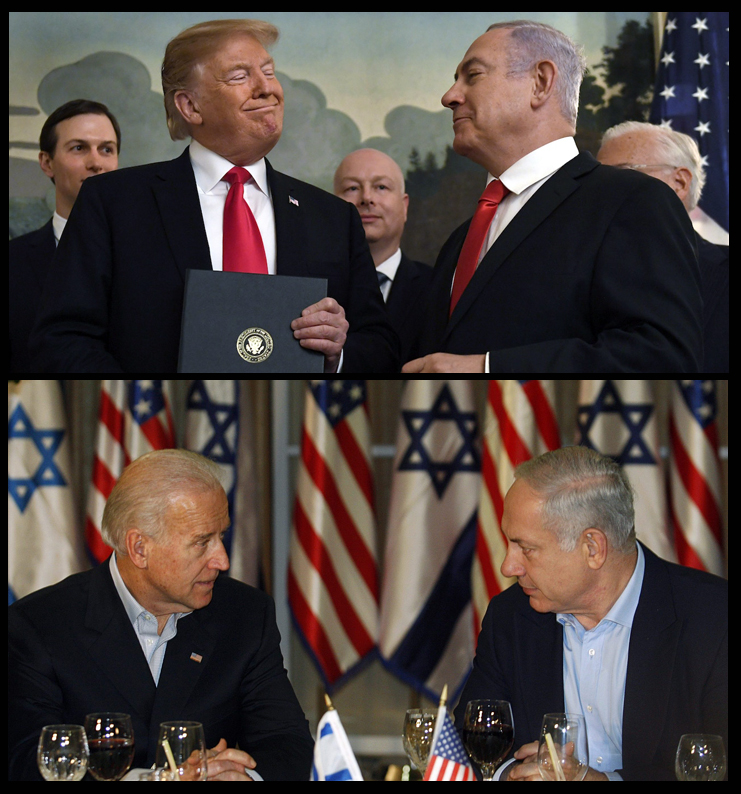 [ Will the Trump/Netanyahu murder gambit entrap the Biden team? ]

So why doesn’t Joe Biden say something? Is he reluctant because it would entail criticism of Israel? You’d think he’d have no qualms about calling Donald Trump out for such a belligerent and illegal act. So far, we’ve heard from the head of the Obama/Biden Administration’s CIA, John Brennon, who wrote on Twitter that, “This was a criminal act & highly reckless. It risks lethal retaliation & a new round of regional conflict.” But nothing from Biden, himself.

All we hear is stories about the dozens of WestExec corporate militarists — like Anthony Blinken and Michele Flournoy — being appointed or considered to run foreign policy. These are people who have lined their pockets with defense industry connections; if the Trump/Netanyahu machine is able to foment a 21st century de-centered war with Iran, are these corporate warriors — so focused on artificial intelligence and other futurewar realities — going to resist, or are they going to feel forced to mobilize for war?

I know it’s graceless to say, “We told you so!” But the responsible peace and anti-war movement advocated and protested against the debacles in Iraq and Afghanistan until we were blue in the face. From the vantage point of a Vietnam veteran peace activist, American corporate militarism always seems to trump (if the pun works, so be it) those advocating for peaceful and diplomatic responses to international problems. These humble, constructive approaches are often relegated to the aftermath of our debacles, after the hatred has reached murderous levels, when peace-seeking becomes a pathetic, last-ditch, often futile, exercise. Vis-a-vis Iran, it would be good if, for a change, we practiced preemptive peace-making — rather than operating as if peace can only be obtained through domination. That is, the way my neighbor’s bumper sticker sees it:

“This drawdown makes explicit what those of us who served in the military have long realized: We lost. . . . For the roughly three million service members whose boots touched soil in Iraq and Afghanistan over the past 19 years, our defeat is a uniquely personal loss.”

Unlike President Trump, Captain Kudo is an honest, courageous and compassionate man unafraid to recognize Truth when it’s in front of his face and courageous enough to articulate the unpleasant fact that the US “lost” those very costly wars in Iraq and Afghanistan, war  launched in a fear-driven haze following the attacks on September 11th. Fear took hold of American leaders and made them do some really stupid things like invade Iraq when Iraq had nothing to do with the attack on the World Trade Towers and the Pentagon.  And, for what its worth, Osama bin Laden and his ilk were earlier supported and armed by the United States as a religious guerrilla force to turn the Soviet invasion/occupation of Afghanistan into “the Soviet Vietnam.” He, then, turned and bit the United States.

“I’m resigned that these wars will finally enter the history books not only as defeats but also as stains on our national honor,” Kudo says. He then quotes Michael Walzer from his book Just and Unjust Wars: “It still seems important to say of those who die in war that they did not die in vain. And when we can’t say that, or think we can’t, we mix our mourning with anger.”

“I would add that we also mix it with shame,” Kudo says, “[But] shame is not a very American trait.” If shame were an encouraged American trait, can one imagine Manifest Destiny, the winning of the west and the rise of American imperial expansion in the world? No. Shameless killers were instrumental to pull all that off. Culturally, we made them into heroes. 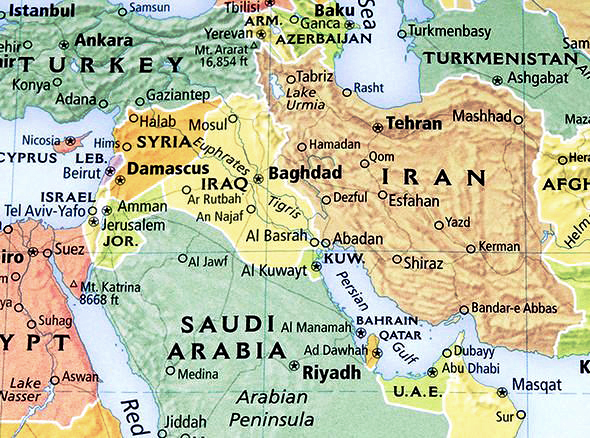 We can only hope Joe Biden is able to look into the future and see a different path, to prepare the nation for a post-pandemic, post-depression reality that avoids another shameless war, this one with Iran. There’s a failure of logic at work in the minds of men like Trump, Netanyahu and Pompeo. They think if they use whatever underhanded methods they have in their quiver — assassinations, bombings, cyber attacks and crippling sanctions — to damage Iran’s economy and cause suffering in the lives of individual Iranians, somehow that kind of belligerence is going to make us safe here in The Land of Plenty. That somehow such cold-blooded hostility is going to stop Iran from eventually obtaining a nuclear weapon. And more illogical, that somehow, conventional weapons can’t hurt us or won’t be used against us .

This love-affair with Power that men like Donald Trump, Benjamin Netanyahu and Mohammed bin Salmon share is the key ingredient in the classic formula for tragedy that Aristotle famously wrote about and Shakespeare made into dark songs. Power and arrogance too often lead human beings to make stupid decisions that lead inexorably to their demise.

The trouble is, Trump & Company are playing tragedy with our lives.

I made a one-sided contract with Joe Biden: I agreed to hold my nose and vote for him in order to get rid of the disease known as Donald Trump. Congratulations, that has been accomplished. The other part of my one-sided contract is that, once elected, the gloves were off. Because smart progressives and supporters of diplomacy over war know who Joe Biden is and how susceptible he is to following the patriotic, gravitational pull of Power into things like the Drug War and the disastrous wars in Iraq and Afghanistan.

We need to hear from President-Elect Biden. What will he do? What won’t he do? Let’s hope he agrees with former CIA chief Brennon that the killing of Mohsen Fakhrizadeh was a “reckless” and “criminal” act that Iran is justified to be outraged about. Let’s hope our president-elect doesn’t come to see the latest Trump/Netanyahu murder as entrapping him and his administration in a crazy, corporate-militarist bind of the order Captain Kudo described in Iraq and Afghanistan.

Even worse, let’s hope a Biden administration doesn’t decide, as a power negotiating position, to take advantage of the “new Middle East” the Trump/Netanyahu/bin Salmon belligerence has left on his plate. That could only lead to more very costly disaster.