Here’s a bizarre contrarian thought — one admittedly based on limited and dubious evidence, that flies in the face of a more than a year’s contrary evidence, and that is more along the lines of a desperate hope than reality, but what the hell. Bear with me:

Suppose for a moment that President Donald Trump, a narcissistic man of little intellect and even less intellectual rigor, but with a pretty acute sense of the nation’s political mood, has realized that he has been pushed by the so-called “permanent government,” over the past year, far away from his stated intention expressed during the 2016 campaign to re-set relations with Russia on more friendly terms, and away from his call to pull the US military back from its over-extended involvement in wars in the Middle East, Africa, Latin America and eastern Europe, and to instead focus on rebuilding the US economy. Suppose that his recent behavior and decisions, which the corporate media for the most part are portraying as the desperate actions of a man abandoning his advisors and deciding to “go by his gut instincts instead,” are not that at all. Suppose instead that he has decided to fight back against the concerted effort over the past year by the Washington foreign policy and intelligence establishment to hem him in and prevent him from doing those things he had wanted to do.

Okay, I know it’s a stretch, but if all that were in fact the case, could the tossing out of another 60 Russian diplomats in support of Britain’s spurious and fact-free accusation of a Putin-ordered poisoning of a former Russian double agent and the naming of the horrifying Neocon warmonger John Bolton as his new and third national security advisor have been something different than they appear? Could they be not a sign that Trump wants to both ramp up a new Cold War against Russia and to launch wars against North Korea and Iran, but rather actions designed to shore up his conservative wing, while he actually returns to his original campaign-enunciated intention to de-escalate US foreign policy, and build a new era of cooperation and friendship with Russia? 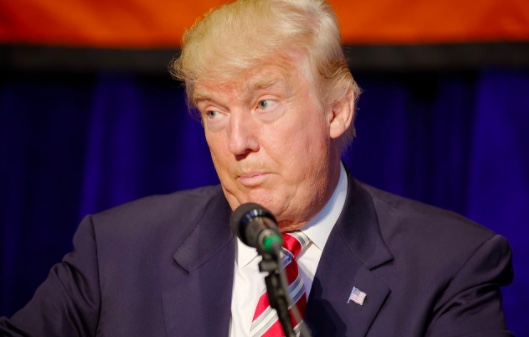 The only real evidence for this wild speculation I’m offering here is the rambling campaign-like speech Trump gave on Thursday to assembled union workers in Ohio, in which he claimed that the US campaign in Syria — where over 2000 US special forces troops are leading a group of anti-Assad rebels ostensibly against ISIS forces, though also often against Syrian government troops — is “winning” and that those troops will “be home soon.” He also, in that speech, decried, as he did a month ago, the alleged $7 trillion the US has spent on military campaigns in the Middle East, from Libya to Syria and Iraq and Afghanistan, which he correctly notes have won the US “nothing,” and he promised to end those efforts, to bring the troops home, and to refocus government policy on “building jobs and infrastructure at home.”

Significantly, reports on that speech say that both statements by the president were greeted by applause from the assembled workers.

No surprise there. Clearly, the American people are sick of this country’s decades-long policy of permanent war — a policy that become firmly ensconced after the 9-11 attacks on the World Trade Center and Pentagon with passage of the 2001 congressional Authorization for Use of Military Force (still in effect). And Trump knows this.

So could it be that, with his polls stuck in the 30-40 percent range, and with establishment attackers closing in and with a growing number of women he has had extra-marital relations with, some of whom are suing him, seeking court action, Trump has decided he needs to expand his base by doing something no president since, perhaps, Jimmy Carter has dared to do, namely cutting back on US military adventurism and trimming military spending? (In real numbers, Carter’s four annual budgets actually increased Pentagon spending a bit each year, but that can be attributed to the increased wage and benefit costs of implementing the 1973 switch to an all-volunteer army, not to actually increasing the size of the military.)

Probably not, I admit. This president has a marked tendency to, as he did in Ohio, go “off script,” saying things that his handlers in the White House and the various involved departments — in this case State and Pentagon — immediately attempt to explain away. And in fact press officers in both those agencies, besieged for comment by shocked establishment media reporters, were quick to declare that they “had not heard of any plans” for the US to pull out of Syria or the Middle East more generally.

So perhaps the Ohio speech was all more Trump BS, like his annoyingly repetitive call to “build a beautiful wall” along the Mexican border, or his ludicrous claim that the economy is growing under his guidance “like never before.”

But what if Trump really is seriously ready to bring the US involvement in Syria to an end and to let “others” — which would have to mean Russia, Syria and Turkey, and of course the Syrian government of Basher al-Assad — handle things in Syria? What if he’s really serious about bringing America’s immensely costly and bloody involvement in other various conflicts across the Middle East to a close? What if he really does want to pull the US military back within America’s wall-less borders and to focus his efforts going forward on adding domestic jobs?

I can tell you one thing: if that were the case, his and the Republicans’ dismal-looking prospects in this November’s off-year congressional elections would turn around quickly, as would his even more dismal 2020 re-election prospects.

I don’t know whether the guy could ever get rid of the angry women he has abused, scorned and allegedly attempted to silence by money and threats, but he could find a well-spring of heretofore unavailable support by returning the US to the community of nations instead of allowing it to continue as a widely loathed rogue one, and by shrinking instead of expanding a colossal Pentagon’s budget that eats up half of all federal discretionary spending.

Since, as we know, what this psychologically damaged man wants most in life in life is applause, approval and adoration, perhaps he might then consider how granting security to all those DACA residents he threw into limbo last year, and how responding favorably to the student crusade against sale and ownership of assault weapons might further boost his sorry-looking poll numbers.

Again, it’s idle speculation at this point. We’d have to see solid evidence of a change in direction in the form of withdrawal orders for troops in Syria, Iraq and Afghanistan and an end of support for Saudi Arabia’s war on Yemen, continued support for the Iran nuclear deal and end to threats against both that country and the reaching of a peace agreement, finally, with North Korea, as well as a reversal of years of increasing hostility and military threats against Russia. (At least one suggestion he may be serious at least about pulling the US out of Syria comes this evening from the Wall Street Journal, though, reporting that Trump is killing a $200 million fund to help rebuild damaged parts of Syria that the US helped free from ISIS.)

That’s a tall order, but then, if he doesn’t do those things, Trump’s unanticipated first term will almost certainly be his last.