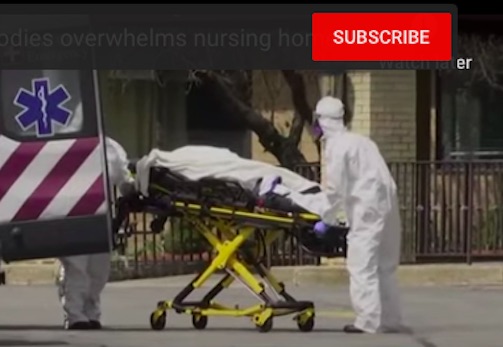 There are really two pandemics currently wreaking havoc across the US. Both involve the same COVID-19 virus, but while they are both terrifying and dangerous they differ in the type of damage they are causing.

One epidemic is a general contagion afflicting everyone. Even as the number of people it kills still remains relatively low compared to some or our worst flu outbreaks, COVID-19’s contagiousness, its ability to kill, the continued lack of any reliable treatment, plus a lack of testing kits and even masks, has forced nearly every state in the country to shut down most businesses and public activities and to urge or even in some cases require people to maintain social separation in their homes and when outside. These state and federal lockdowns are resulting in an unprecedented jump in unemployment and a precipitous decline in economic activity that together are threatening to plunge the country into a deep economic depression.

The other epidemic, meanwhile, is causing what amounts to a massacre of the nation’s institutionalized elderly in nursing homes. While not a cause of economic collapse, this sad and brutal second epidemic is proving heart-rending as quarantines imposed by states and by overwhelmed nursing homes themselves prevent younger relatives from even visiting or comforting the parents and grandparents they are losing.

These two epidemics combined have so far officially infected over a million Americans (though some studies suggest that the number of untested cases of people who got mild symptoms or are asymptomatic carriers could be as much as four times that amount). As of Monday they have also killed over 57,000, with over 1000 more Americans dying daily.  Of that number, over 10,000 have been elderly people who have died as patients in nursing homes. That too is a number that also is probably far too low, since elderly people typically have other ailments that can be listed as the cause of death, from heart failure to kidney failure to pneumonia to stroke. Nursing homes, notorious for their bad record keeping and inadequate care, are at the same time in control of drawing up the death certificates and have an incentive to keep their coronavirus death toll down.

How much worse things are at many other less well-funded nursing homes in New Jersey and across the country can hardly be imagined (a number have even higher mortality rates), but after someone blew the whistle to report that one nursing home was hiding 17 bodies of dead patients in a refrigerated semi-trailer behind the building, the state began demanding accurate reports and announced last week that 40% of the state’s then 4225 deaths had been of patients in its nursing home facilities…

This article was published under terms of a joint publication agreement with Tarbell.org, the investigative news site founded by Wendell Potter. To read the story by TCBH! member DAVE LINDORFF, please go to:  https://tarbell.org/2020/04/the-nursing-home-coronavirus-pandemic/