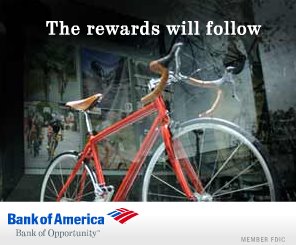 Astonishingly, the Wall Street Journal article reports that this practice, known euphemistically in financial industry parlance as “window dressing,” is “not illegal in itself,” unless it is done with the intent of misleading investors. The article is quick to note that “BofA said its incorrect accounting wasn’t intentional.” (The newspaper didn’t go to the SEC or to any independent source such as an academic expert or lawyer for comment on this laughable whopper.)

Every three months, BofA was transferring mortgage-backed securities briefly to a trading partner in return for a simultaneous agreement to repurchase similar securities from the same partner, once the required SEC filing had been shipped out in the mail. As the Wall Street Journal’s reporter Michael Rapoport writes, “The practice amounts to a bank renting out its balance sheet for short periods; the bank gets fees, and the client on the other end of the trade gets short-time cash.”

If this kind of thing is not deliberate fraud I don’t know what is. Yet the bank, in its statement to the Wall Street Journal, claims the “effort to manage its balance sheet” was “appropriate” and that the intent behind the shell game was not to mislead investors or regulators, but rather was “to reduce the specific business unit’s balance sheet to meet its internal quarter-end limits for balance sheet capacity.”

How’s that for financial mumbo jumbo?

It would be interesting to see how well an ordinary citizen would fare if he or she used a “repo” type strategy to hide half his or her income from the IRS. The equivalent scam might involve “donating” half of one’s income on December 31 of the tax year to an accommodating charity and then taking the money back on January 1 of the next year–and afterwards, if audited, claiming that the fraud was “not intentional.”

But hey, it works for the banks. The article goes on to report that, “Apart from requiring more disclosure about its repo accounting, the SEC hasn’t taken any action against BofA over the matter. The fact that the [BofA] letter [to the SEC] was released suggests the SEC has concluded its review.”

Meanwhile, even as BofA and other financial behemoths get away with accounting murder and are held harmless after their crooked dealings brought the US and the global economies to their knees, we’re informed that FDA legal bloodhounds are doggedly stepping up their investigation into illegal steroid use by US cyclists involved in the current Tour de France bicycle competition. The FDA is reportedly hoping to get some participants to turn in competitors who are using illegal substances to enhance their physical performance.

In this fishing expedition, the FDA, according to this second Wall Street Journal article by Reed Albergotti and Vanessa O’Connell, is not out to prosecute rank-and-file riders, but rather wants to bring charges against “any team leaders and team directors who may have vacillated or encouraged doping by their riders.”

On one hand, the US government sees it as critically important that cycling be kept clean of drugs so Americans on their sofas and Barcaloungers will know the winners really deserved to win. On the other hand, the government does not think it’s very important for Americans to know the bank where they put their savings, or in whose artificially inflated stock they have invested their IRA or 401(k), is cooking its books.

The government feels it is critically important to know that those who encourage the use of performance enhancing drugs–the big guys, in other words–will be prosecuted to the full extent of the law, but it is not so important that the top executives who caused a financial collapse that has pushed real unemployment and underemployment to nearly 20 percent, collapsed the housing market and put school districts and state and local governments on the brink of bankruptcy, be called to account — and made to do jail time or to perform community service–for their fraud and deceit.

This juxtaposition is rendered all the more absurd by the fact that the FDA isn’t even able to come up with a significant charge to bring against the alleged dopers in its intensifying investigation of the cycling sport. As the Journal notes, “Federal investigators are exploring several avenues” for possible prosecution, including “whether teams defrauded sponsors by failing to race cleanly,” or whether US Tour de France multiple winner Lance Armstrong’s US Postal Service team might have “misused federal funds.”

It’s the old, “miserable” story: Steal a loaf of bread for a family and you go to jail. Deceive national regulatory authorities and steal from a generation of pension investors and you get a Troubled Assets Relief Program (TARP) handout of billions of dollars in taxpayer funds.