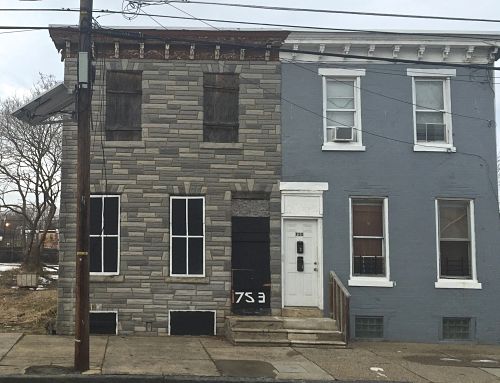 New Jersey’s Historic Preservation Office (HPO) paid $20,000 for the study as part of its review of an application seeking historic designation for a property in Camden New Jersey where Dr. King stayed occasionally while attending seminary school in Chester, Pennsylvania over 60-years-ago.

King, according to new documentation unearthed by a NJ researcher, began formulating the protest that led to his first anti-discrimination lawsuit, while at the 753 Walnut Street Camden property. King was at the house hours before going to Maple Shade, NJ, where a white café owner refused service to King and his three companions in June 1950, chasing them from that café with a gun.

That study is the first study ever commissioned by NJ’s Historic Preservation Office, the office in charge of NJ’s Register of Historic Places.

HPO records list 51,825 properties and sites on NJ’s historic register, as of February 2018. The thousands of private properties on that historic register were approved without a study like the one conducted on the Camden property, an HPO spokesman noted.

While King was not a nationally known figure in 1950 other persons involved with that Maple Shade incident did have notoriety.

The man who helped King the night of the incident and with subsequent matters was Dr. Ulysses S. Wiggins, then president of both the Camden NAACP branch and the NJ State NAACP. Wiggins had lobbied for passage of the NJ anti-discrimination law King used to file his lawsuit.

King was aware of that anti-discrimination law, the first such law approved by any state in America. King contacted Wiggins through a close friend, a Camden minister. King preached in that minister’s church – located near the 753 property – before and after the Maple Shade incident.

The man who provided King and his companions with legal assistance was the lawyer for the Camden NAACP branch, Robert Burke Johnson, who later became a distinguished judge in New Jersey.

Further, one of the three persons with King during that Maple Shade incident was, Pearl Smith, the second black female Philadelphia police officer.

A team of professors and graduate students at Stockton University in New Jersey conducted the study. Their research determined King stayed at but did not ‘live at’ the 753 Walnut Street property. That determination arose from the review focus on the length of King’s residency at 753, ironically an issue of residency that is not in dispute.

Relatives of Walter McCall, a very close friend of King, college colleague and fellow student at the Chester seminary, owned the 753 Walnut St. property. Those relatives said King often stayed at the house with McCall but never lived there as in living there for months or years straight. The study treated the relatives’ accounts as weathered recollections subject to possible inaccuracy and lacking independent documentation.

Another unusual aspect about the treatment of the historic recognition application for 753 Walnut is the length of time HPO has taken for its review of that application for acceptance or rejection.

NJ researcher Patrick Duff first filed an application for historic designation in March 2015. Duff discovered the connection between the Camden property and King’s Maple Shade incident when he became interested in that 1950 encounter.

Duff said authorities initially told him a review would take two to three months. When months stretched to years Duff researched regulations finding a timeline for completion of reviews within 45-days. However, HPO spokespersons caution that there is nothing untoward in the years-long review of the application related to one of the world’s most famous persons: Dr. Martin Luther King Jr.

“The timeframe to evaluate any application varies widely depending on numerous factors,” Caryn Shinske, a spokesperson for HPO, stated.

HPO, Shinske said, “spent $20,000 to commission a study by Stockton University to determine a possible link between Martin Luther King Jr. and this particular property.” That study, Shinske added, was conducted “to have as much information as possible.”

Another HPO spokesperson, Larry Hajna, echoed Shinske on the interest in conducting a comprehensive investigation of the Camden property and King. HPO “wanted a thorough historical assessment of the house, which is why the agency took the step of funding the Stockton study,” Hajna said noting that study was the first for a “privately owned building.”

NJ researcher Duff said the amount of documentation he submitted to the HPO should have negated any need for the Stockton study. Duff dug up a large amount of materials about the Camden property not previously incorporated into accounts of the Maple Shade incident. Even award-winning biographies on King have missed the materials Duff unearthed. 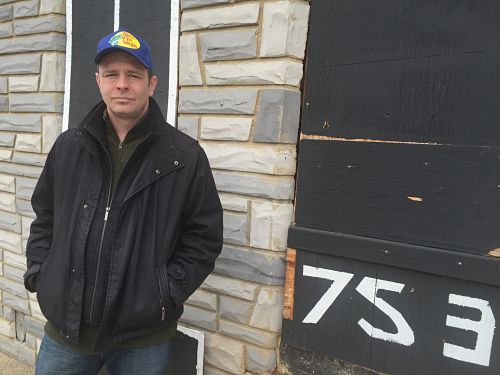 Duff, for example, unearthed a published account where the owner of the Camden property recounted his talking with King about discrimination at a Maple Shade eatery. In that account the owner of 753 Walnut Street said he warned King against going to Maple Shade due to bigotry there.

Duff located another published account where the son of the owner discussed a conversation he had with King and McCall in front of the Camden property just hours before the Maple Shade incident. During that conversation the son tried to dissuade King from going to Maple Shade but King stated eating place discrimination must end. McCall and King had used the room of the son at 753 during the time the son was in the U.S. Army.

The accounts about King from the man who owned 753 in 1950 and that man’s son are buttressed by their living relatives, persons that Duff interviewed.

The Stockton study speculated that since King had experienced prior incidents of discrimination at the Chester seminary and at a restaurant in Philadelphia, the Maple Shade incident basically had no more impact on King’s “subsequent activism” than other adverse incidents.

“Such contemporary incidents of racial discrimination are important to the HPO’s assessment of the singularity and importance of the Maple Shade incident in King’s experience,” the Stockton study stated.

The lessened significance attributed to the Maple Shade incident led the study authors to question rather that incident and its connection to 753 satisfied one criteria being used for assessing this historic designation: that the Maple Shade incident “must be deemed formative to Martin Luther King’s life in terms of development of his…subsequent civil rights activism.”

The Stockton study does not view the fact that King filed his first lawsuit from the Maple Shade encounter as having a particular import. Additionally, that study does not credit any historic value to the involvements of historic Camden and NJ figures Wiggins and Burke Johnson with King’s Maple Shade incident.

Many elements of the Stockton study rile researcher Duff. Those element include what Duff said are factual inaccuracies in the study like the study’s draft initially stating the Camden NAACP branch, headed by Dr. Wiggins, was founded in 1948 instead of 1941.

“The incident at the seminary where a student pointed a gun at King was not reported to the Dean by King,” Duff said.

That study contained pointed criticisms of Duff. The study slammed Duff for conducting his research with a “pre-ordained conclusion” rather than a “neutral perspective.” The study referenced Duff as a “self-avowed South Jersey activist.” Duff’s research on the Camden property, the Maple Shade incident and King has garnered praise from community leaders through members of the U.S. Congress.

The Stockton University research team included an official with that university’s South Jersey Culture and History Center – a man, who in 2012, had declared publicly that Dr. King never set foot in Camden.

Spokespersons for the New Jersey Historic Preservation Office state there is no specific date for their decision to accept or reject historic designation for 753 Walnut Street in Camden.

HPO has “provided a copy of the Stockton study to the King Center for Nonviolent Social Change in Atlanta for their review, and we await their input,” spokesperson Caryn Shinske stated.

Interestingly, the HPO added five properties in Camden to the Historic Register since Duff filed his initial application for 753 Walnut in March 2015.

NJ’s Historic Register lists 97 items in the city of Camden. Those items include the house lived in by the brother of famed poet Walt Whitman along with Walt Whitman’s own house in Camden.

The Maple Shade café where King and his companions encountered discrimination in 1950 is not on the NJ Historic Register.

The building that once housed that café was razed a few years ago during a highway improvement project in Maple Shade. There is no historic marker at that site either. But the NJ Department of Transportation has given its approval for a marker.

Maple Shade Administrator Joseph Andi said his township is currently “getting quotes” for a historic marker for that site. Funding for that marker comes from both Maple Shade Township and monies raised by Patrick Duff.