The family farm in America may be going the way of the dodo, thanks to the corrupt political influence of corporate agribusiness, but here’s a chance for us all to concretely save at least one family’s farm.

Dr. Kris Neuhaus for years was the only physician in Kansas with the guts to stand up to the anti-abortion zealots and provide a legally required second opinion for women needing a late term abortion from Dr. George Tiller, the abortion doctor murdered by one of those zealots as he handed out programs at his Church at a Sunday service. Since that murder Dr. Neuhaus has been targeted for destruction, not just by the anti-abortion fanatics, but by the entire state government, led by Gov. Sam Brownback.

As recounted by Katha Pollitt in a recent Nation magazine article, and as we wrote earlier, the state’s so-called Board of Medical Arts, a body stacked by Gov. Brownback with non-physicians whose only “qualification” is a virulent anti-abortion stance, acting on a “complaint” by an associate of the very guy who murdered Tiller, went after Dr. Neuhaus’s medical license. After a sham “hearing” to which the board brought in several quack “experts” to challenge Dr. Neuhaus’s evaluations of medical necessity for an abortion, the board stripped Dr. Neuhaus of her license to practice medicine, depriving the poor women she served of medical care, and depriving Dr. Neuhaus of a way to earn a living at the skill she had spend years acquiring.

Now Dr. Neuhaus and her husband Michael Caddell, a journalist, sometime contributor to ThisCantBeHappening!, and host of a daring public affairs program called Radio Free Kansas, are being ordered to reimburse this sham Board of Medical Arts for the very quacks they flew in to testify against Dr. Neuhaus at her “hearing.” The bill: $92,000. If they can’t pay, they lose heir home — a 10-acre dirt farm that has been handed down to Mike, and that is the only home their teenage son has ever known. 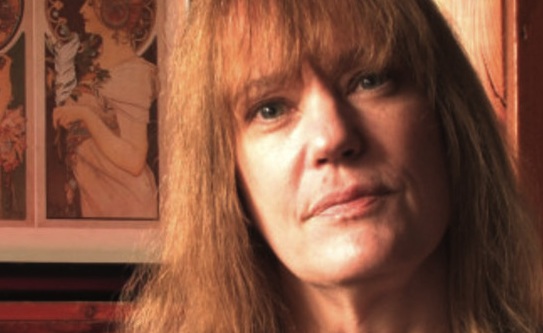 Neuhaus and Caddell are fighting back. They established a site at Indiegogo, and supporters have pledged $51,000 over the past few weeks, as well as sending in another $11,000 in paper checks by mail. They’re still $30,000 short for defeating this extortionate demand.

We can put them over the top and save them and their home from this Kansas witch hunt, so Dr. Neuhaus can be free to continue her struggle to win back her stolen medical license. Please make a generous contribution and also, even more important, use the email button at the bottom of this article to spread the word and make this appeal on behalf of a genuine hero in the abortion rights struggle go viral.

This is a family farm fight we can win!