The story of Omar Khadr has always been one of the ugliest chapters of the ugly story of the US War on Terror initiated with the Congressional passage of the 2001 Authorization for Use of Military Force and the ensuing invasion of Afghanistan.

Yesterday, Khadr finally won a measure of justice when the Canadian government apologized to him for its failure to defend him against his US captors and to seek his release from confinement at the US prison compound at Guantanamo Bay, and awarded him damages of $8.1 million as compensation for his years of suffering. 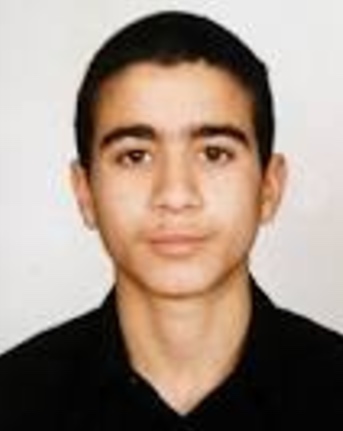 His vindication as a victim, and not a villain, was a long time coming.

It was in 2002, during the early days of America’s longest — and still ongoing — war against Afghanistan that Omar Khadr, a 15-year-old native of Canada, was wounded and then captured, still alive, and packed off to Guantanamo Bay, one of a number of child soldiers whom the US, under the Bush/Cheney administration’s rule-free War on Terror, held in violation of the Optional Protocol to the UN Convention on the Rights of the Child, a treaty that was signed by the US and that is thus part of US law. It declares that all children under the age of 18 captured while fighting in wars are to be offered “special protection” and treated as victims, not as combatants.

Khadr’s story was never properly told in the US media, which simply lumped him in with all the other alleged “terrorists” held at Guantanamo. His 2010 “trial” — one of the few military tribunals actually conducted at Guantanamo — was a charade of justice which led to his conviction for murder and a sentence of 40 years. That sentence was later commuted to 8 years, to be served in Canada, not at Guantanamo, but Khadr had agree to plead guilty to the worst and most outrageous charges against him in order to escape from q lifetime at the mercy of the sadistic US guards at Guantanamo.

Khadr’s crime, according to his US captives? Murder of one US soldier, and the blinding of another, caused by a hand grenade that the young Khadr allegedly lobbed at them.

The truth? It’s hard to know. Khadr had always insisted he did not toss a grenade until the deal under pressure that he agreed to, and even then, in “admitting” to throwing the grenade he insisted he did it out of fear, not a desire to kill. In any event, even if he did toss a grenade, he would have been doing what any courageous wounded soldier in his situation would hope to have the guts to do: defend himself, and take out the enemy at the risk of his own life. That would not be murder in an armed conflict!

What’s not in dispute is that Khadr, whose father, Ahmed Said Khadr had brought his young son along with him at the age of 14 from Canada to help the Taliban and Al Qaeda in Afghanistan, had been killed in battle, leaving his young son alone in the company of al Qaeda and Taliban fighters. At one point, the boy was in a housing compound identified by US troops as under Taliban control. The US special forces called in an air strike, and then entered the destroyed site to do a damage assessment. As they picked through the rubble — by one account executing some of the wounded fighters they found — Khadr, himself gravely wounded, was said to have tossed a grenade at them, killing US Sgt. Christopher Speer and blinding Layne Morris, another soldier accompanying Speer.

Had an American soldier done the same thing under the same circumstances and survived, he would surely have been awarded a major medal of some kind for heroism. Khadr, however, was charged with murder.

During Khadr’s long ordeal at Guantanamo, where he was initially held in the prison camp’s facility for children, known as Camp Iguana, saw him grow through his teen years into adulthood, until he was finally, in 2012, transferred to a prison in Canada, and later, on orders of a Canadian court, released to home confinement in 2015. Along the way, he was subjected to abusive questioning and torture by several Canadian intelligence officers sent down by the Canadian government.

Part of Khadr’s problem was that the ruling Conservative Party government of Prime Minister Stephen Harper showed no interest in helping its young citizen, despite the US government’s clearly being in violation of the Geneva Convention in holding him as a war criminal. Indeed Harper in 2010 called Khadr a “terrorist,” even as the country’s Federal Court at the time declared that his interrogation by Canadian intelligence officials at Guantanamo “offends the most basic Canadian standards about the treatment of detained youth suspects.”

The current Canadian government headed by Liberal Party Prime Minister Justin Trudeau, said of the settlement of his case, “On behalf of the government of Canada, we wish to apologize to Mr. Khadr for any role Canadian officials played in relation to his ordeal abroad and any resulting harm. We hope that this expression, and the negotiated settlement, will assist him in his efforts to begin a new and hopeful chapter in his life.”

Trudeau personally said that the Khadr settlement was not about the details of Khadr’s case but the fact his rights were violated. He said Canada’s Charter of Rights and Freedoms (similar to the US Bill of Rights) protects all Canadians, “even when it is uncomfortable,” and added, “When the government violates any Canadian’s Charter rights, we all end up paying for it.”

Powerful words that it is hard to remember the last time we have heard a US president utter, sad to say — and Trudeau is taking a lot of heat for them, and for his government’s decision to apologize to Khadr, from Canadian’s conservative media and political opposition.

While the current Conservative Party leader Andrew Scheer termed the settlement “disgusting,” the current Justice Minister Jody Wilson-Raybould, said Khadr’s story carried two messages: “Our rights are not subject to the whims of the government of the day, and there are serious costs when the government violates the rights of its citizens.”

Khadr himself says he wants to get on with his life, and hopes that the government apology will help him to do that. He has apologized for Speer’s death, saying he is “sorry” for any pain it caused his family.

Meanwhile, while Khadr has been vindicated of the charge of murder he fought for 15 years, and no longer faces any risk of incarceration, he still has a default judgement for $134 million in damages that was ordered by a federal judge in Utah in a case brought by Morris and by Speer’s family.

An attorney for Morris and the Speers, David Winer, was reportedly in Toronto on the day the Canadian government’s settlement agreement and apology was announced, seeking an injunction to freeze Khader’s cash settlement — though many legal experts say it is unlikely a Canadian court at this point would agree to do that.

And while the Canadian government has now apologized for its role in this whole sorry affair, there is no sign that the US government, which is the one that illegally captured, incarcerated, tortured and tried as an adult this child soldier, will also do so.