They worked many late night hours since this past spring creating a unique vehicle – part grassroots initiative and part cutting-edge technology – for countering the most corrupting force in American politics today: corporate dominance now controlling too many elected leaders on Capitol Hill. 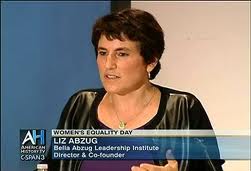 A problem was how to get those honest, regular people to run for Congressional office without the need for those candidates to seek or accept money from lobbyists just so as to be able to afford the purchase of the TV ads traditionally presumed as essential for effective campaigning.

Their solution: new open source software that affords candidates opportunities to get their messages to voters with full transparency, in tandem with social media, thereby circumventing another scourge of campaigning, the staged manipulation of traditional televised political debates.

On October 17th – the one month anniversary of Occupy Wall Street – they launched OccupyGovernment.org during an informational activity at ground zero of the Occupy Wall Street effort: the former Liberty Plaza Park now known as Zuccotti Park in New York City.

The immediate goal of the non-partisan OccupyGovernment.org is to elect a majority of new corporate-money-free representatives in Congress next year, thus flushing-out those congresspersons on both sides of the political isle that are beholden to the interests of corporations and private wealth, including the Tea Party- aligned representatives awash in Koch Brothers cash.

Interestingly, that launch occurred not too far from the kitchen of the Greenwich Village townhouse where planning for this campaign began this past spring under the umbrella entity BeYourGovernment.org.

“Take the buck out of the ballot” was a call to action voiced at the activity by OccupyGovernment.org founding Board of Director member Liz Abzug, the director of the Bella Abzug Leadership Institute – the entity furthering the work of late Congresswoman, feminist and social activist Bella Abzug.

“The reason we are creating BeYourGovernment.org is that the corruption of our political system by large corporations, lobbyists and billionaires has grown so extreme that our nation’s democratic process has been transformed,” said Liz Abzug, daughter of the famous Bella.

“As a result, the U.S. has experienced the largest redistribution of wealth upward in modern history, while our nation’s middle class is under assault like never before,” explained Abzug, who teaches Urban Studies at Barnard College in New York City.

A press statement issued by the non-partisan OccupyGovernment.org states:
“We, the people, can take back our corrupt government if millions stand up and use our social networks to replace the multi-million-dollar TV ad campaigns, financed by corporate bribes, that members of Congress in both parties rely on to get elected and re-elected.”

Perverse policies emerging from the corrupted Congress include naked favoritism to corporations and billionaires, resulting in their paying the lowest level of taxes ever while corporate profits soar to an all time high, the press release notes.

“Let’s Occupy our corrupt government now!” the OccupyGovernment.org release urges. “Not by shutting it down, but by opening it up to the 99% of us that it has been stolen from.”

OccupyGovernment.org asks citizens to only vote for candidates who pledge to represent the interests of people, not corporations and who do not accept large corporate contributions.

David Levitt, another founding Board Member of the diverse OccupyGovernment, said during the launch that movements like Occupy Wall Street and OccupyGovernment are beginning to reverse the apathy people have towards politics that manifests in ever lower levels of voter participation.

“Railing in the streets against corporate politicians and then refusing to support an independent 2012 opponent would be a cop out,” said Levitt, an African-American computer specialist with a PhD from MIT who lives in California.

“With social media, YouTube, Facebook and BeYourGovernment.org, it’s our decision whether the 2012 races are money races or something better. If you haven’t found a candidate you respect in your district or state, it’s your duty to find one, draft one or become one,” continued Levitt who serves as the organization’s Chief Technology Officer.

The movement to attain more representative government is not limited to the United States. Literally hours before the launch of OccupyGovernment on 10/17, the London-based Operation Black Vote unveiled its so-called “Shadowing Scheme.”

This OVB initiative is an effort to increase ethnic/racial minority representation in England’s Parliament, where what diversity exists hovers around 4 percent, a level that is about half that of the non-white population representation in that nation.

Twenty-five persons representing diverse groups from Indians to Asian to Afro-Caribbean’s will work alongside MPs (Members of Parliament) in mentor-type relationships for the next six months, gaining insights on how that body works, and also hopefully gaining assistance for future candidacies.

OccupyGovernment.org is about “Being the Change” for setting aside “the ridiculously stacked deck of the most money wins elections,” said entrepreneur Jon Greenberg.

Greenberg, an author and former journalist once specializing in covering the financial industry, is the founder and Executive Director of OccupyGovernment.

The open source software system, Greenberg said, will include Candidate Platform Pages, a guide for how to run for Congress, free political home pages for citizens, and a library of issue-orientated videos by citizens and candidates.

Voters will be able to browse every congressional debate by question and candidate, with independent candidates equally represented in debates for the first time.

This software, that OccupyGovernment considers as providing the tools for the Second American revolution, is designed for enabling citizens to find and provide grassroots support to the independent candidates who best represent them.

“About two-thirds of Americans who understand that Occupy protesters are ready for a new government because they are looking to address economic injustice and a government thoroughly corrupted by corporate campaign donations,” stressed Greenberg.

He added, speaking of the entrenched politicians in Congress and they wealthy backers, “They’ve got the money but we have the numbers and the Internet!”

LINN WASHINGTON, JR. is a founding member of ThisCantBeHappening!, the new award-winning independent online alternative newspaper. His work, and that of colleagues JOHN GRANT, DAVE LINDORFF and CHARLES M. YOUNG, can be found at www.thiscantbehappening.net

US Hypocrisy Knows No Limits
President Biden's condemnation of Russia at the UN on Wednesday, where he claimed Russia had violated the UN Charter by invading Ukraine, a country he ludicrously posed "no threat" to…
All Dave LIndorff's Posts