Santa Cruz — “Are you planning to vote on Tuesday?” I asked.  The food checker at our local natural food store was cheerful and friendly.  But she was a little befuddled by the question.

“I don’t know where to vote,” she confessed.

“Have you gotten your sample ballot yet?” I asked.

“No,” she replied.  “I don’t think so.”  She had voted some time back.  Maybe it was for Obama.  She wasn’t sure.  But she couldn’t remember where she had voted, or if it was an absentee ballot. 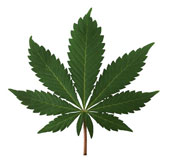 I leaned forward.  A sense of urgency was growing.  “You can’t change your address now,” I told her.  “It’s too late.  You’ll need to go back to your previous polling place to vote.  Do you remember where that was?”

I put my hands on the counter, trying to keep calm.  “You’ve got to remember,” I urged her.  “This is a very important election.”

“Listen Mister…”  It was the guy behind me.  “Could I just make my purchase first?”  There was a sense of irritation in his voice.

“Look,“ I said, glancing at him.  “Right now there are tens of thousands of unemployed campaign workers fanning out across this country putting in long hours, calling voters, and offering rides on Election Day.  All this is just to get every single Democratic vote we can scrape together.  If they don’t succeed there are millions of Tea-bagger zombies who are preparing to TAKE OVER THIS ENTIRE COUNTRY!”

“Please calm down,” said the woman behind him.  “It’s just a stupid election.  Who cares?”

“All of us have got to care,“ I protested.  “I’m talking about a huge, hairy hoard of hungry, head-stomping, half-witted hicks from Hell backed up by corporate money and Karl Rove!  THESE ARE NOT NORMAL PEOPLE!  THEY MAY LOOK NORMAL BUT THEY ARE GENETICALLY MODIFIED ZOMBIES!”  My voice was rising.  “These are well-funded corporate-controlled zombie clones programmed to destroy Obama’s presidency and who want to drive this country down a poorly-maintained interstate highway BACK INTO THE STONE AGE!”

The food checker was starting to get a little frightened.

“Look,” I said emphatically to the scattered crowd that was now staring at me in disbelief.  “These brain-eating zombies want to destroy public education, privatize Social Security, block any hope for real health care reform, give huge tax breaks to the super wealthy, attack Iran with nuclear weapons, force children to pray in our schools, and grind gay people into dog food.  They’ll also use government power to force young girls to bear the incestuous children of their rapist fathers!  Then they’ll roll back all greenhouse gas restrictions, give the oil companies huge government subsidies, destroy the Earth’s climate, and force our children to inherit a world without snowmen or icicles.”

“That’s a bunch of hyperbolic bullshit!” said another man standing nearby.  “Voting doesn’t make any difference.  Stop trying to scare this poor woman and just calm down.  Get a life!”

I turned to face the speaker.  “Well, let me tell you one more thing.  If you don’t vote in this election tomorrow you will miss the only chance you’ll have in the next decade to vote for the legalization of pot!”

“What?”  It was the checker.  She looked shocked.  The room went strangely silent for a moment.

“Is that really on the ballot?” asked another man.

“Yes, it is,” I assured him.  “Measure 19 will make it legal in California to possess up to an ounce of marijuana.  You can vote to legalize pot on Tuesday.”

“Holy shit!” exclaimed another man.  “How can I find out where to vote?”

“Call the County Clerk,” I replied.  “The Elections Department.”  I turned to a big man with a chain tattooed around his neck.  ”You can even vote if you’re a former felon,” I said, “as long as you’ve completed your parole and you’re registered to vote.”  He looked grateful.

I was quickly mobbed by people asking questions about voting, polling places, and what the measure would do.  “Does the ounce include stems and seeds?” a young man asked.

I had to get out of there quickly.

My work here was done.

Greg McKenzie is a writer, instructional designer, carpenter, and grassroots political agitator in Santa Cruz, CA, where Prop 19 is on the ballot.