This article is running on the website of RT-TV 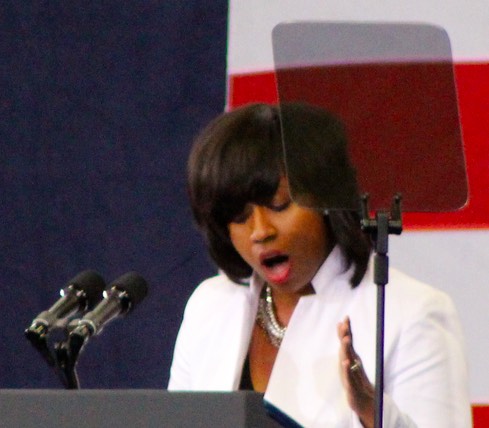 Yet another upstart socialist-leaning candidate, Ayanna Pressley, ousts a long-time liberal Democratic House incumbent
The Democratic Party leadership, composed of centrist and conservative Democrats who covet the money donated into party coffers by big Wall Street banks, arms manufacturers and the drug and medical establishment, was upset with the surprise primary victory of Alexandria Ocasio-Cortez, a young upstart Puerto Rican woman in the Bronx Queens congressional district of a 10-term House incumbent in June, as well as by victories of left and socialist candidates in various state legislative and local primaries across the country.

But now they are becoming apoplectic at the victory in Boston last week of Ayanna Pressley, socialist-endorsed black city councilwoman, over another 10-term incumbent, this time Rep. Michael Capuano, a classic mainstream liberal Congressman.

If activist Democrats – the ones who are most likely to vote in elections – are turning out even the party’s liberal stalwarts in favor of fiery radicals or even (gasp!) socialists, the whole corporatist, neo-liberal leadership of the party that has held sway since at least 1992 with the election of “third-way” Democrat Bill Clinton is at risk.

The nervousness among the party leadership these days is becoming palpable.

On Aug. 23, the Democratic National Committee (DNC), opened a three-day meeting in Chicago where the major issue discussed was not so much how to win control of Congress in the coming nationwide election set for Nov. 6, but how to slow or halt the growing influence of left-wing progressives within the party.

Topping the agenda was the continuing string of successes progressives have notched in both special elections to fill out the remaining months of the terms of office of members of Congress who have quit office early or died, and in primaries to determine the party’s candidates in both state and federal races this November….
For the rest of this piece go to the website of RT-TV, where the article was first published.