If you want to understand why the Democratic Party lost to Trump and the Republicans in 2016, why they’ll probably fail to take back Congress in 2018, and why they’ll probably lose big in the next presidential election in 2020, just look at their obscene stand on the GOP’s proposal to slash the taxable employee deduction for contributions to 401(k) plans from the current $18,000 to just $2500.

Of course the GOP proposal was classic Republican stick-it-to-the-little-guy stuff and in the end the House tax bill announced Thursday dropped it, leaving the deduction standing.

But let’s look at what they had been proposing: If you tell someone who makes, say, $80,000 a year, and has been putting away the typical 6% of that, or about $4800 a year, matched by perhaps another $4000 by the employer if lucky, that suddenly he or she will be limited to a tax deductible contribution of just $2500 a year, you are first of all saying you want that worker to be undersaved for retirement, but worse, you’re making that employee lose out on perhaps $2000 or so in employer-contributed retirement money each year!

That’s outrageous, I’m sure most sentient citizens will agree. 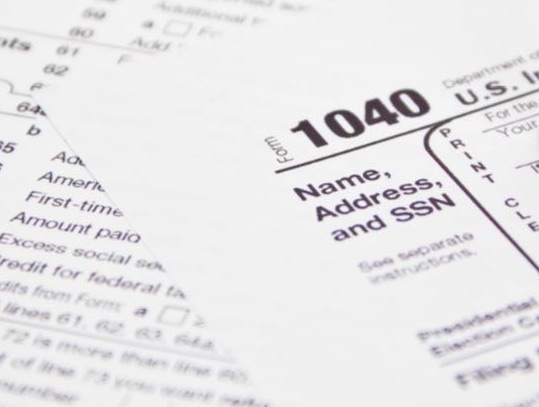 But what was the Democratic Party’s position?

They got up in arms saying that it was outrageous for Republicans to be cutting the tax deductible employee contribution amount from $18,000 to $2500 a year! And they said that instead they want to raise it to $25,000 a year.

How many people do you know among your working-class, middle-class, or liberal friends who could manage to contribute more than $10,000 our of their family paycheck, much less their personal paycheck, in a year?

I don’t know any. The reality is that 78% of Americans are living from paycheck to paycheck, unable to save anything. 71% are in debt with net assets that are negative, with more than half of them reporting that they are “over their heads” in debt payments.

So what should the Democrats be proposing as this Republican tax bill gets debated?

Second, the savings from cutting the deduction from $18,000 a year to $10,000 must go towards eliminating the tax on Social Security benefits totally.

What, you say? Eliminate the tax on Social Security? Can they do that?

Not only can they, but when Social Security was established in 1936, and until 1984, the benefits were tax free under law, supported by several court rulings. But in 1983 during the first term of President Ronald Reagan, Democrats in Congress struck a deal with the White House to “save” Social Security by both raising the payroll tax and by taxing retiree benefits. It was and remains a huge hit on the elderly and disabled which has severely diminished the program’s ability to prevent poverty among the elderly. You think you’re going to get $1500 per month in benefits in retirement — a typical worker’s benefit — and then they take away 10% or more of it, leaving it at just a net $1350 a month.

Fixing that ripoff is the kind of demand a real progressive party would be making — one that the whole nation would applaud and vote for candidates calling for that kind of real reform.

But don’t expect the Democratic Party to take such a position. It’s just too radical for them.

Meanwhile the elephant in this room — and I don’t mean the GOP mascot — is military spending. The whole reason that Republicans (and Democrats before them) have not been able to reform the American tax system is that there’s this huge $1.3 trillion military spending bill each year (that’s counting supplemental allocations for current wars, interest on the debt for prior wars, as well as veterans benefits, and “intelligence” spending, including on the National Security Agency’s massive spying program). That $1.3 trillion figure, by the way, larger than the next 10 countries’ military spending combined, is approximately equal to the total amount of tax revenue the US government collects in a year.

Let’s note that most of that spending is being justified as necessary because of the so-called War on Terror, and yet, with all that spending the US cannot extract itself from a doomed 16-year-and-running war in Afghanistan, one of the poorest if not the poorest nation in the world, and cannot prevent a lone Uzbek immigrant from renting a truck and mowing down eight cyclists on a bikeway in Manhattan.

Again, any real progressive party, which the Democrats are clearly not, would be calling for massive cuts in US military spending, which could go to funding both needed services, infrastructure repairs and upgrades, support for the Social Security system, and yes, even significant tax cuts for the middle-class.

Instead, since we have almost no real progressives in Congress, and since the Democratic Party establishment is working to prevent any real progressives from unseating the corporate shills already in office, we’ll have sham debates over this GOP tax bill, which will probably eventually be passed in some form sooner or later, no doubt with some Democratic support.