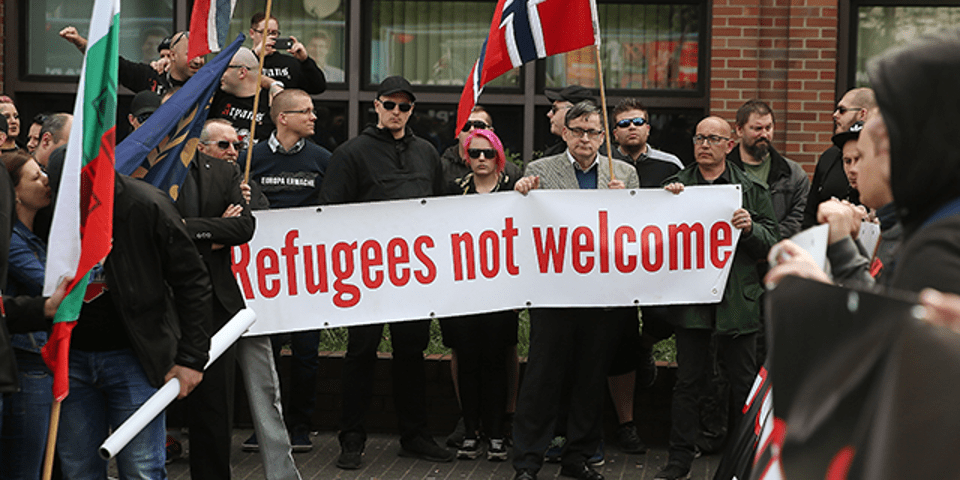 The failure of the left in Denmark has led to surging nativism and the scapegoating of immigrants—an increasingly common phenomenon seen in other European countries and the U.S. [Source: pewresearch.org]

Regardless of what Bernie Sanders says, Denmark is not a socialist country: it does not refrain from imperialistic wars; it fails to subject its bankers and billionaires to the same laws that “ordinary” citizens must obey; and it decreases social welfare benefits.

Bernie Sanders has apparently convinced much of the American leftwing that Denmark is a socialist model for how the United States should look. Sanders has publicly extolled Denmark’s socio-political structure for many years and in 2013 published an article in The Huffington Post—“What We Can Learn From Denmark”—lauding Denmark’s “solidarity system” in which no one is “allowed to fall into despair” or “be poor.”[1]

While Denmark certainly has a better system of social welfare than in the U.S., the solidarity system advanced in the 1970s under the leadership of Prime Minister Anker Jørgensen (1972-1973; 1975-1982) has begun to breakdown. The country has experienced widening social inequalities, dislocations and poverty approaching levels of other countries that have adopted a neoliberal economic model emphasizing deregulation, privatization, and cuts to public services. Denmark has also supported U.S. wars in Afghanistan, Iraq, Syria and Libya as a NATO member state and, as CAM previously reported, spied massively on its own citizens, sharing that information with the National Security Agency (NSA) which helped build a facility for data collection on Danish soil.[2] Given all this, Sanders’ references to Denmark as a model country are not only misleading, but also dangerous; they set limits for the left and leave out the possibility of genuinely radical and progressive socialist transformation.

Ironically, Sanders isn’t the only one to consider Denmark as a model country. A British delegation to Washington in 2013 was told by a top official of the Obama administration that the United Kingdom ought to be more like Denmark, “a model to follow.”[3] The reason it was a model had nothing to do with Denmark’s supposedly progressive social policies, but rather its close alignment with U.S. imperialism, and enthusiastic support for American wars of aggression in the Middle East…

For the rest of this article by RON RIDENOUR, which is appearing in Covert Action Magazine, please go to Covert Action