Berlin — The debate continues: Was the killing of Osama bin Laden justified? Perhaps a rather useless debate since he is now most certainly dead. But despite their distance in time and space some flashbacks insist on recurring, right next to terrible images of those two planes and the two huge buildings collapsing in New York ten years ago. (No, make that three buildings!)

I for example still think about that Cuban plane which exploded on October 6th 1976 in the Caribbean, killing the 5 crew members and all 73 passengers, including the entire champion fencing team of Cuba, many of whom were still teenagers. All four men directly responsible for this horror had ties to the CIA which, it was later revealed, knew of the bombing in advance.

Then I must go back to an event fifteen years earlier, in April 1961, when an attack unit, armed, trained, financed and transported by the CIA, after destroying many Cuban airplanes on the ground, invaded the so-called Bay of Pigs in the south of that country. Perhaps as many as 4000 Cubans were killed while fighting off the attack.

Those mainly responsible for the Bay of Pigs invasion, then CIA-Director head Allen Dulles and two presidents who approved the action, Eisenhower and Kennedy, are no longer alive.
I learned as a kid that “sauce for the goose is sauce for the gander.” 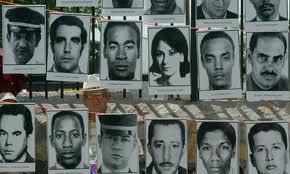 Some of the victims of the bombing of a Cuban airliner, orchestrated by CIA terrorists

So wouldn’t the arguments being trotted out to justify the US raid in Abbottabad mean Cuba would have been justified (or would still be justified today) in “taking out” the organizers of the plane bombing, Luis Posado Carriles and Orlando Bosch Avila, by sending in a Cuban equivalent of SEAL Team 6? The two were never holed up in some cave or secret mansion but have been enjoying care-free lives in Florida, with court decisions preventing their extradition to Venezuela, where they were once sentenced, or to Cuba where, it was claimed, they “might be tortured.”  (This time the reference was not to the U.S. Army base at Guantanamo.)

Posada Carriles, after being acquitted of minor pass violations, is completely free. Bosch, referred to years ago by a US expert as “one of the deadliest terrorists in the hemisphere,” was officially amnestied years ago by – guess who – President George H.W. Bush, who just happened to be CIA-Director at the time of the plane bombing.

The thought is mind-boggling! Would Cuba be justified in sending some kind of stealth helicopter over to Washington to “take out” the top people responsible for such Cuban events?  Let’s not even think about the same being done by Chile, Congo, Vietnam, Grenada, Iraq, Afghanistan or all the other countries who have suffered terror attacks organized by the CIA, or by people trained and protected by the US.

What is clearly needed is a more honest definition of terrorism and terrorists, and a fairer approach on how to treat them. I personally am against killing anyone — not Osama bin Laden and certainly not George H.W. Bush or anyone from his family.

But a short epilogue is necessary. Orlando Bosch, it seems, has just died peacefully in Florida, four days before his famous fellow terrorist was shot dead in Pakistan.

Meanwhile, five Cuban men who had been in Florida trying to discover when and where the Miami-based “freedom fighters” might next strike next against their country, and thus to prevent such strikes, are serving life sentences in five different maximum security penitentiaries in the USA (one of the five “only” got 75 years). No one can really explain why. But the current president has not responded to pleas that he fight his war on terror by freeing these obvious anti-terrorists.

I should add that I am glad the racist right-wingers who love to attack the US president by calling him a “Muslim friend of terrorists” (or else a socialist and communist) have become much quieter of late, at least for a while. That is a good thing. But the questions remain: What is terrorism? Who are terrorists? And how does one best oppose them?

VICTOR GROSSMAN is an American expatriat living in Germany. He contributes occasionally to ThisCantBeHappening!