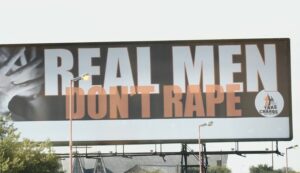 Smoke from the firestorm that erupted after Bill Cosby’s release from prison obscures a unique twist in the traditional roil around rape, race and racism.

A jury convicted Cosby in 2018 for a 2004 incident where the Black celebrity drugged and sexually molested a white woman inside his mansion located in a suburb of Philadelphia, Pa, the city where Cosby was born.

The reason the Supreme Court of Pennsylvania ended the disgraced comedian’s conviction for aggravated indecent assault was rooted in actions by authorities – principally prosecutors.

That court ruling chided prosecutors for failing to honor a non-prosecution agreement given to Cosby. That agreement induced Cosby to testify in a civil action lodged by the victim of that 2004 incident. That civil lawsuit ended in a settlement where Cosby paid the victim nearly $4-million-dollars.

Some of the prosecutors faulted by Pa’s Supreme Court have their own histories of racist behavior separable from the conviction that sent Cosby to prison on a 3-10-year sentence.

Risa Ferman and Bruce Castor, both served as District Attorney for Montgomery County, the jurisdiction adjacent to Philadelphia that housed Cosby’s mansion.

A federal race discrimination lawsuit filed by Reginald Roberts, a former Montgomery County DA detective, listed both Ferman and Castor among the defendants.

In Roberts’ lawsuit, the decorated African American detective slammed Ferman for backing the law enforcement bigots that bashed him. Roberts’ lawsuit also blasted Castor for failing to investigate Ferman and the rampant racism among the DA detectives.

Roberts was the only non-white among 36 DA detectives during his nine-year tenure as a DA detective.

Cosby’s specious claims that racism was the real reason for his imprisonment helps hide the racism of the very prosecutors whose actions put him in prison and ironically, enabled his release from prison.

Cosby warps reality with wrongful claims that racism victimized him comparable to others like Reginald Roberts.

Risa Ferman is the DA who initiated the sexual assault charges against Cosby that produced his conviction. Bruce Castor, the DA that preceded Ferman, is the DA that gave the non-prosecution agreement to Cosby that Ferman violated, according to that Supreme Court ruling.

Ferman utilized admissions Cosby made in that civil suit in her criminal case against Cosby. The Pa Supreme Court ruled Ferman’s failure to follow Castor’s agreement violated the “fundamental fairness that undergirds due process of law in our criminal justice system…”

That ruling declared the rights wrecking conduct of Ferman and the DA that replaced her, Kevin Steele, barred a retrial of Cosby for that 2004 incident.

Cosby, now 83, has acknowledged his history of sexually predatory behavior that involved using barbiturate drugs and/or alcohol to incapacitate scores of women before sexual encounters. The woman in that 2004 incident said Cosby drugged her.

Cosby contends his multiple extramarital sexual encounters were all consensual. The nearly 60 woman who agreed to testify against Cosby in the 2018 trial reject his consensual claim. Only five woman plus the 2004 victim were allowed to testify in 2018.

Cosby’s practice of drugging and molestation included at least two females who were teens at the time of their [alleged] assaults by Cosby. One woman testified during the 2018 trial to an assault by Cosby when she was a 17 years old. A second woman is now suing Cosby for an assault when she was 15 years old.

In the Cosby matter, Ferman claimed she wasn’t aware of Castor’s non-prosecution agreement when she filed criminal charges against Cosby. Ferman stood by that claim of not-knowing despite her being Castor’s top assistant when Castor headed the DA’s Office. Ferman led Castor’s 2005 investigation into Cosby’s reported mansion molestation a year earlier.

In the Reginald Roberts matter, Ferman fired the respected detective in August 2008 – curiously one day after the Pennsylvania Human Relations Commission held a hearing on Robert’s discrimination complaint that detailed a litany of racist insults and jobs related slights. One job incident involved Roberts’ assignment to a mold filled basement office where he contracted tuberculosis.

Ferman denied her firing was retaliation for Roberts filing that PA HRC complaint and/or his written complaints to Montgomery County officials about the racism he endured. Ferman claimed she fired Roberts solely for his poor job performance in 2007. But the HRC fact finding report stated county officials praised Roberts’ job performance in September 2007 noting his “dedication and record” as a detective.

Castor and his fellow Commissioners opted to allow Ferman to investigate her own alleged misconduct. Castor and the Commissioners accepted Ferman’s finding that Roberts’ racism charges were unfounded.

In March 2021 County officials agreed to pay more than $300,000 to settle lawsuits brought by two former leaders of the county’s Public Defender Office. Those leaders claimed their firing arose from concerns they publicized about the way the courts in the county conducted bail hearings…discriminatory procedures that impacted non-whites disproportionately.

Supporters of Cosby indignantly dismiss abundant evidence that he is a serial sexual predator. Supporters dismiss the reality that the Pa Supreme Court ruling rests on a procedural point not any evidence of Cosby’s claims of innocence.

Upon his release from prison Cosby expressed interest in regaining his position as a popular comedian and iconic personality. That quest is improbable for a person now widely perceived as a sexual predator, pervert and pedophile.