The ThisCantBeHappening! collective has lost a friend and a perceptive and peerlessly witty analyst of the American political and cultural scene, while Rock& Roll has lost its leading critic. Charles M. Young (Chuck to his friends), has died, following a year and a half of battling an aggressive brain tumor.

When Dave Lindorff decided back in the Spring of 2010, to convert his thiscantbehappening.net blog into a collectively-owned and collectively-run news site, he immediately contacted three friends and journalistic colleagues–John Grant, Linn Washington, Jr. and Chuck Young. All three immediately jumped for the idea. But Chuck’s response was classic Young. His lip curling up in a sign that cued a listener that he was about to crack a joke, he said, “Wait, let me get this straight: a newspaper that has no editor? It sounds like a dream come true! Sign me up!” 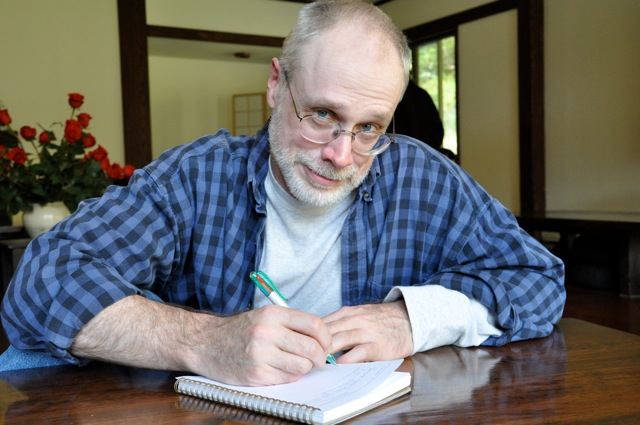 Chuck, whose consistently brilliant and usually painfully funny articles on Rock & Roll graced the pages of Rolling Stone magazine for years, wrote some of his best work, and especially his best work on politics, for ThisCantBeHappening!. He was in the right place at the right time when, one year into our little journalistic adventure, the Occupy Wall Street action began and then swept the country, and much of the world, shining a piercing spotlight, for the first time since the fall of the Berlin Wall, on the rapacious behavior of modern capitalism.

Spotting the significance of the Occupy Movement before it even became a movement and well before the corporate media, or even most of the alternative media, recognized it, Chuck made his way down to Zuccotti Park right at evening one, and gave our readers at a street-wise, on-the-pavement view of what was happening and how it was developing. His reportage on Occupy, in its entirety, is available at www.thiscantbehappening.net/young.

As a journalist, Chuck was a perfectionist — both reportorially and stylistically. He favored the live-in approach, where he would spend inordinate amounts of time with his subjects to really get to know them, instead of just dashing up with a notebook or making a phone call to cadge a few choice quotes. He also labored (and here the word is used advisedly) over every word he wrote. It was a perfectionism that brooked no editing, and it’s a tribute to his ability that he could continue to write at publications like Rolling Stone where he regularly drove his editors crazy fighting their work on his pieces at every step of the way. (To read some of Chuck’s work at the magazine, here’s a link to the list of all his articles.) As a measure of the respect he earned at RS, here’s the obituary the magazine just ran.

There was no such strife here at ThisCantBeHappening, because we have no editorial heirarchy. It made it the perfect home for Chuck: No editing, no pressure…and no money! (There’s a terrific long remembrance of Chuck just published by a young friend and mentee of his, Brian Bentley, headlined with a quote by Chuck: “Rock & Roll Should be Frightening (Not Unlike God)”. You can read it here

When a close friend and journalism school classmate, Hillary Johnson, realized early last year that something was wrong with Chuck and made him go with her to the emergency room to get checked out, and it was discovered that he had fourth-stage glioma that required aggressive surgery and radiation treatment, after the initial shock, Chuck took it all in stride — even the brutal once-a-month chemo treatments. He said on a number of occasions, with evident sincerity, that brain cancer was “not the worst thing that has happened to me.”

What he meant by this seeming straight line that never had a punch line follow it was that he was overwhelmed by the outpouring of concern and love that appeared at his door or bedside from everywhere — from bands and performers he had reviewed over the years (even some he had panned), from friends going back to grade school in Madison, Wisconsin, from college and journalism graduate school classmates, from his beloved Upper West Side, NY neighborhood and his building on West 92nd Street, and even from among his tens of thousands of readers over the years. Just keeping track of and making time for all these people who wanted to see him was a chore that was beyond his ability to manage and required assistance. “I guess I needed to get brain cancer to find out how many friends I had!” he quipped on more than one occasion — again with a disarming sincerity.

There’s nobody to take his place, either as a friend or a journalism comrade, but as colleague and comrade Alfredo Lopez put it:

“In this life, you get two basic things: you get to live and then you get to die. Not just the moment of death but whatever leads up to it. Chuck did both these things wonderfully well. He lived a full and productive life and he died a courageous and dignified death.

“He did our collective proud.”

So here’s to our friend and comrade Chuck Young. Presente!!!

A memorial is being planned to be held in New York City. When it has been organized, it will be announced here.