Ask journalists across America what is the seminal U.S. Supreme Court decision upholding the First Amendment’s press freedom right and most with even a minimal knowledge of First Amendment history will quickly answer New York Times vs. Sullivan.

However, few journalists are aware that the Supreme Court decision significantly reinforcing their press freedom protections arose from the Civil Rights Movement, and in an action involving iconic activist Dr. Martin Luther King.

The 1964 New York Times vs. Sullivan decision is one of a number of U.S. Supreme Court rulings in the Twentieth Century where struggles by African-Americans to obtain long-denied constitutional rights succeeded in expanding constitutional protections for all Americans.

For example, the ability of all Americans to obtain employment free from suspiciously discriminatory job criteria and civil service tests received a big boost by the 1971 Supreme Court decision in the Griggs vs. Duke Power Co. job discrimination case. 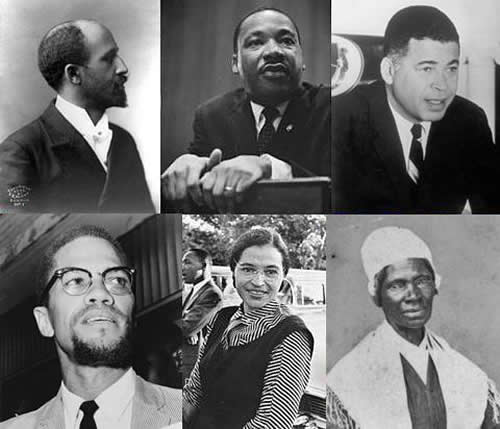 There is a conservative campaign to erase black history, though most Civil Rights battles have helped whites too

The legal principle that authorities cannot secure the conviction of an accused individual unless that individual has received their right to assistance by an attorney received strength from the Supreme Court’s 1932 decision in Powel vs. Alabama, which involved the infamous Scottsboro Boys rape case.

“The right to the aid of counsel is fundamental,” that Court ruling stated, in overturning death sentences given to Scottsboro defendants based upon rape evidence that later proved to have been bogus.

Sadly, recognition of this U.S. Supreme Court legacy is too often limited to the annual Black History Month observance during February.

And sadly too, many white U.S. citizens dismiss Black History Month as if it were just annoying graffiti defacing America’s vaulted wall of greatness, staining this nation’s vaunted self-image as champion of equal opportunity for all.

Many conservative whites see Black History Month as a nuisance that should be eliminated. That sentiment has grown, ironically, since the election of Barack Obama as the nation’s first non-white President, with many people claiming his election represents America’s giant step into a ‘post-racial’ era, thus rendering Black History Month unnecessary.

U.S. Supreme Court rulings in cases such as New York Times v Sullivan expose the fallacy behind the widely held “zero-sum” belief that any judicial recognition of the rights of blacks results in an erosion of the rights enjoyed by whites.

The opposite is actually true.

Consider that the freedom of Americans to travel abroad received important legal undergirding in a 1958 Supreme Court decision on a legal action initiated by the legendary black actor/activist Paul Robeson. Federal officials had revoked Robeson’s passport in 1950 in an effort to silence his criticisms of racism in the U.S. by strangling his ability to earn income by performing overseas. The high court overturned this effort, upholding all Americans’ freedom to travel.

Ironically, news media inattention to matters involving race is a force contributing to flawed beliefs held by many white Americans about the benefits of judicial recognition of the rights of blacks and other non-whites.

That recommendation, which came in the wake of a series of destructive riots in urban ghettos across the country in the mid-1960s, sought, among other things, to ease racial tensions by increasing understanding across America’s racial divide through more inclusive media coverage.

Thomas, who lives in Virginia, is married to a white woman – a relationship deemed illegal prior to that Loving ruling. That Loving ruling reversed an 1883 Supreme Court ruling upholding an Alabama law barring interracial marriage.

That Indiana program benefitting affirmative action critic Quayle was similar to the California medical school admissions program upheld in the U.S. Supreme Court’s1978 Bakke decision, in which a white applicant who had been denied admission was able to prove discrimination.

Republicans relish railing about ‘activist judges’ legislating from the bench when the real rub for them is that some judges have dared to do the right thing by reversing wrongs involving discrimination against non-whites.

No surprise that Republicans so riled about alleged excesses of activist judges are curiously silent about two of the most pronounced instances of judicial activism in the 21st Century. Those two rulings are: the 2000 Bush vs. Gore ruling that elevated George W. Bush into the Oval Office and the 2010 Citizens United ruling that allows enormous sums of unaccounted cash to pollute the electoral process and undermine American democracy.

The Bush v Gore ruling perversely turned on a misapplication of the equal protection guarantees of the 14th Amendment. That constitutional amendment was enacted after the Civil War to secure constitutional protections for ex-slaves and for Free Blacks then living as second-class citizens despite their paying taxes and owning property.

Florida state officials, during the controversial 2000 presidential election leading to the Bush ruling, had deliberately sabotaged the voting rights of tens of thousands of blacks through massive disenfranchisement schemes such as the unannounced moving of polling places and falsely listing persons as ex-felons ineligible to vote. The Supreme Court ignored those widely used schemes which had all been to the advantage of then candidate George W. Bush, who as a result of the court’s ending of the vote count “won” Florida by just 538 votes.

One reality obscured by Republican red-herring assaults on judicial activism is that courts have been and remain institutions basically dominated by conservative attitudes.

In 2007, the Supreme Court’s most conservative members (all males including Clarence Thomas) undermined lawsuits over job discrimination in the Ledbetter vs. Goodyear Tire & Rubber Co. ruling, where the plaintiff was a white woman suing over receiving lower pay than white men doing the same job.

In 1872, an all-male U.S. Supreme Court rejected the effort by Myra Bradwell to become a lawyer in Illinois in a ruling where one Justice declared that “the domestic sphere [is] the proper domain” for women.

A facet of U.S. Supreme Court history frequently forgotten is that court frequently rules against whites who find themselves in postures disfavored by ruling elites.

One year before the U.S. Supreme Court sanctioned legalized racial segregation in the infamous 1896 separate-but-equal Plessy, ruling that same all-white/all-male court issued its equally infamous In Re Debs ruling, which undermined the ability of workers to form unions – a ruling against union organizer and Socialist Party leader Eugene Debs which impacted whites more than blacks.

The GOP’s current contenders for their party’s presidential nomination all promise to nominate persons for judgeships who are committed to so-called “conservative principles.”

Curiously these presidential contenders do not mention any desire for judicial nominees to indicate a commitment to equal application of the law and justice –- something that is clearly essential for impartial judging.

Judges acting blindly on strict adherence to ‘conservative’ principles instead of justice, from the perspective of the history of blacks in America, have produced a long string of outrageous U.S. Supreme Court rulings like the appalling 1857 Dread Scott decision declaring that blacks had no rights that whites were “bound to respect.”

Expanding the available information about Black History facts will certainly not by itself cure America’s deep-seated “race problems,” but censoring away such information – as many conservatives seek to do, by among other things eliminating Black History Month -– will surely only make those problems worse.