Last Thursday’s debate among 10 Democratic candidates included front-runner Joe Biden. The high point of the debate was when Kamala Harris pressed hard on Biden about his views in opposition to busing to de-segregate schools. “There was a little girl in California,” she said, looking right at him, “who was part of the second class to integrate her public schools and she was bused to school every day. That little girl was me.” She drilled into Biden with her characteristic prosecutor’s intensity. Biden’s response was pro-forma and evasive, emphasizing that it was a local decision she was upset about, not his federal policy views on busing. Much of the matter got lost in the excitement of the personal exchange. 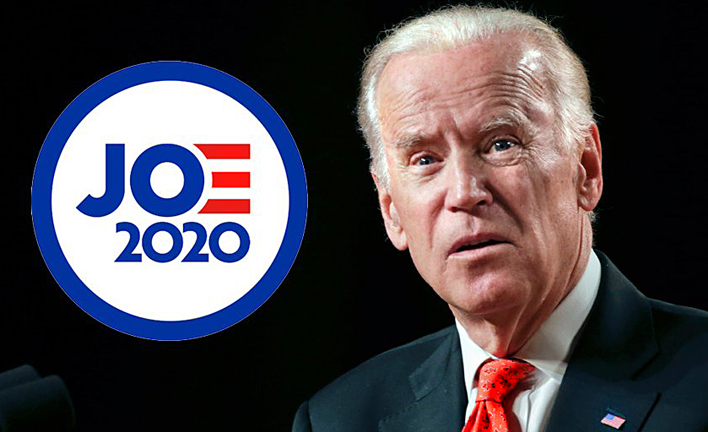 After the debate was over, a reporter with a microphone and a cameraman in tow aggressively hounded Biden to elaborate on the matters raised by Harris. Biden clearly did not wish to discuss it and reverted to his characteristic aggressive-man thing, moving toward the reporter, putting his hand on the man’s shoulder and, man-to-man, drilling into his questioner’s eyes. He gave the same unsatisfactory response he’d given Harris during the debate. At that point, he was saved by his wife, Dr. Jill Biden, who took his hand and with a smile protectively pulled him away from the reporter. The man knew when he was licked and made a good-natured comment that he didn’t wish to mess with Dr. Jill Biden. She smiled.

Understandably, the 76-year-old ex-senator and vice president would have been tired after the two hour debate in which he was the agreed-upon target. (I’m 72-years-old, so I understand why that kind of intense battle would make one want to escape the arena and, maybe, take a nap.) Despite a couple hits on his age from candidates from a younger generation, Harris was the only one to really lay a glove on him. During the debate, several times he abruptly stopped his answer when he got some kind of signal his time was up; he did it several times, even stopping in mid-sentence, as if he did not really want to be there and to have to answer questions. By contrast, the young, less-well-known candidates, would not shut up when their time’s-up light was turned on and moderators tried to shut them up. In the post-debate “spin room” Biden really seemed to show his age, especially as he welcomed his wife’s intercession under the pressure of an aggressive reporter.

Back in January, I wrote an essay on This Can’t Be Happening titled “Joe Biden, Crime Fighter From Hell”, in which I told the story of his Machiavellian friendship with Strom Thurmond aimed at writing and passing crime bills following the election of Ronald Reagan that was so devastating for Democrats. It was his idea to work with Thurmond; he sought the older man out and promised the former Dixiecrat racist from South Carolina, by then a Republican and the chairman of the Senate Judiciary Committee, that he would never ambush him from the left in any way. They became good friends and, at Thurmond’s request, Biden spoke at great length at the southerner’s funeral.

This relationship was not because Biden was a racist or had any sympathy for southern racist ideas; it was because Thurmond had power and Democrats saw their political lives passing before their eyes and a future of marginalization and obscurity. Biden told his troubled Democratic colleagues that he had the solution to their woes: Crime bills. Cozying up to Thurmond was the means to get back in the power game.

Unfortunately for urban black males, this was a time — as written about extensively by Michelle Alexander in The New Jim Crow — when the civil rights movement had made it impossible for powerful white leaders with racist pasts to harass, arrest or imprison blacks for outright racial reasons, as in the days when Thurmond was a bigoted Dixiecrat breaking away from the Democratic party. Fear-based oppression and repression had to be done indirectly with tactics like stigmatizing African Americans as “felons” to imprison them. Ir was the rise of Reagan era, and the Drug War was the perfect vehicle for facilitating this.

All this is much clearer, and much more insidious-seeming, now, in retrospect; of course, at the time, during a period of propagandized fear and hysteria and Nancy Reagan’s “just say no” movement, it all made political sense. I imagine Joe Biden didn’t think, then, that he’d have to answer for the actions he undertook to regain Democratic power; he was too busy getting Democrats back in the power game. At the time, it must have seemed like the right thing to do — albeit, the Machiavellian thing to do.

It’s just hard to justify if you were one of those black males thrown under the bus, someone now sitting in a jail somewhere.

Fast-forward to 2019 and 2020. Beating Trump in 2020 is a question, again, of getting back into the power game — not a question of whose liberal or progressive values are better. If Trump is not beaten in 2020, all those fine thoughts on progressive values will amount to nothing. This is Biden’s strength: He may be old, but he’s a known quality in the power department, since gaining and holding power is his forte. And, frankly, as much as I don’t like the man, if he’s the Democratic candidate I’m going flip the lever and vote for him with a good conscience — while holding my nose. It makes me a bit ill to say that, but that’s a mature, pragmatic, strategic response. In the meantime, I’d like to see a younger, more driven and energetic candidate with intelligence and wit to pummel and not let up on Donald Trump in the debates.

Compared to the early 1980s, Republicans are now much more obnoxious in their dog-whistle and institutional racist inclinations. Thus, it’s especially important — as Obama gave a powerful and candid speech on race in 2008 — for Biden to be straight-up with the voters and address what he did in concert with Strom Thurmond and others in the early 1980s to get Democrats back in the power game. The American voter can take it; they demand honesty and they need to understand how such a man with such a long political track record did and what he learned from that experience for the future. They don’t need evasion and the man’s wife saving him from the press like the arrival of the cavalry. We don’t need another president deathly afraid of the press.

If it’s Joe Biden’s “bi-partisanism” (read Machiavellianism) that makes him the most elect-able Democrat among a confusing multitude of candidates, then we need to understand what that really means — especially whether there is a risk he’ll do it again and, when it’s opportune, throw certain people under the bus for power.

So, c’mon, Joe, come clean. Put on your big-boy pants and tell us why you worked with Strom Thurmond to pass laws that ended up putting so many young black men in jail? Americans don’t want a saint as president; but in these fraught times they do want an honest, straight-shooter. Now’s the time to make things right.