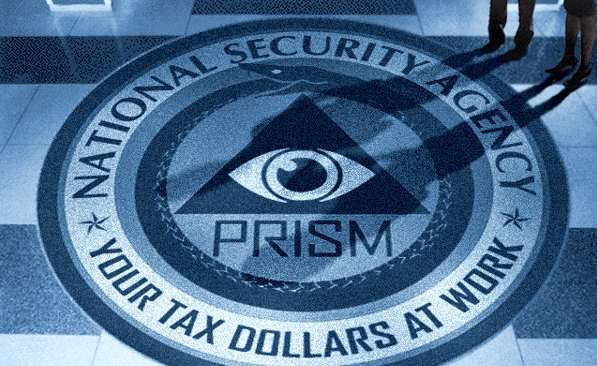 Word that Yahoo! last year, at the urging of the National Security Agency, secretly developed a program that monitored the mail of all 280 million of its customers and turned over to the NSA all mail from those who used any of the agency’s thousands of keywords, shows that the US has become a total police state in terms of trying to monitor every person in the country (and outside too).

With the courts, especially at the appellate and Supreme Court level, rolling over and supporting this massive evisceration of basic freedoms, including the First Amendment guarantee of freedom of speech and the Fourth Amendment protection against illegal search and seizure and invasion of privacy, perhaps the best way for us to fight back is to overload the spy system. How to do this? Just copy and paste random fragments of the following list (a bit dated, but useable), provided courtesy of the publication Business Insider, and include them in every communication — email, social media, etc. — that you send out.

The secret Yahoo! assault (reported on here by Alfredo Lopez in yesterday’s lead article), works by searching users’ emails for keywords on an NSA list of suspected words that might be used by alleged terrorists or anti-government activists, and then those suspect communications are forwarded to the NSA, where humans eventually have to separate the wheat from the chaff. Too much chaff (and they surely have too much chaff anyhow!) and they will be buried with work and unable to read anything.

In fact, critics of the government’s metastasizing universal surveillance program, including former FBI agents and other experts, have long criticized the effort to turn the US into a replica of East Germany with its Stazi secret police, cannot work and is actually counter-productive, because with spy agencies’ limited manpower looking at all the false leads provided by keyword monitoring, they are bound to miss the real dangerous messages. In fact, this was also the argument used against the FBI’s program of monitoring mosques and suspecting every Muslim American who expressed criticism of the US. Most are just people saying what a lot of us say: that the US wars in the Middle East are wrong or even criminal, but they are just citizens or immigrants exercising their free speech when they do this, not terrorists, and spying on them is and has been a huge waste or time and resources.

So, to help destroy the continuing and expanding effort to monitor everything we do, here’s a sample of the NSA’s keyword list:

You’ll note, if you read through it, that the list itself is doing the job of overburdening the NSA’s staff. By including such commonly used words as flu, package, face, niche, package, credit card, fraud, basement, veggie (!), president, freedom (!), bank and Armani, they assure that there will be endless piles of communications that are completely innocuous that will have to be first read and examined for signs of terrorism. You’ll note too that there are some keywords that are even misspelled, meaning that the real words will be missed, for example: assasinate, priavacy(!), Secert Service and Hillal (is that supposed to be halal or Hillel I wonder?).

It’s also interesting to discover among the incriminating words that the NSA thinks might be used by potential “terrorists,” peculiar words like: freedom, veggie, sardine, Standford (sic), advisors, halibut, fish, Bubba the Love Sponge (really!), Playboy, dictionary and Zen (I’m sure there’s a great SNL skit in the works featuring a gang of Zen practitioners plotting their first terrorist action!).

Anyhow, have fun reading the list and selecting some of these choice keywords to sprinking into your communications. Or you could just use them as a tag line to your emails, the way some people add inspirational sayings from the likes of Ben Franklin or Albert Einstein. Since the keyword list is so inclusive, you’re probably having your mail reviewed anyway, but why not make sure it is, just to keep the NSA occupied.

The story goes
My father’s father played his violin in the attic Where no one could see his tears. My aunt (his mother’s sister) kept nubian goats And two squirrel monkeys in her…
All Gary Lindorff's Posts