One of my grandsons recently asked me, “What is wisdom?”   After some discussion, we together concluded that wisdom comes only with experience.

When it comes to war, though, living in a country that has not experienced a war on its own soil since 1865, Americans, other than those veterans who have actually fought abroad, have no such experience to draw on.

Perhaps this is why so many Americans easily accept, and even cheer the nation’s militarism, and why most of us accept our government’s reflexive resort to military action to settle international disputes.

Einstein, who had his share of wisdom, advised forgetting everything one has learned.  This was his way of getting his thinking out of a box.

Rather than add more to this somewhat evasive notion, let me reflect here on my own experience of war, and on how the concept of war has permeated my life, in hopes of finding  a bit of wisdom to counter the temptation to turn to cynicism.

“The war to end all wars” ended four years before I was born.  The patriotic fervor that had induced men to fight  and kill in WW I was still alive at that time, although my father’s courage as a medic in France, for which he received a silver star, had left a psychic scar. He had seen more than his share of death, including that of his best friend, who had gone to war despite opposing it, asking to become a machine-gunner to counter accusations that his anti-war sentiment was a reflection of cowardice.

It wasn’t until I was in my 20s that I was drafted into the Marines. (Actually, I chose the Marines out of the Navy pool.)  This time, in  WW II, there was a sense of duty, but no fervor.

Boot camp was my first experience at someone trying to indoctrinate me with the code: ‘’To hate the enemy is a requirement.”

While I didn’t become a slave to this principle myself, most of the men in the platoon bought it. We were told over and over that a soldier’s mission is to kill, and that message sank in for most of the recruits. To help drive the message home, with our bayonets attached, we were ordered to assault dummies while shouting “Kill!” 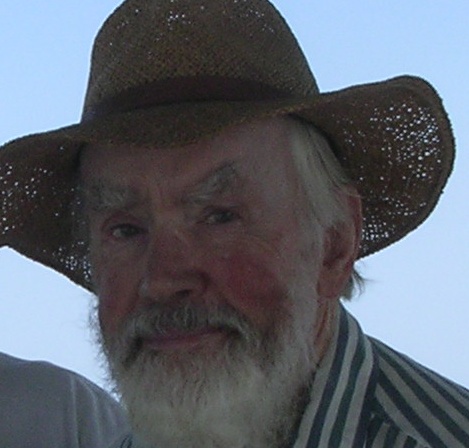 After boot camp, just before my platoon shipped out for the assault on Iwo Jima, I was transferred to a technical assignment working on the development of air-borne radar, but while that transfer probably saved my life, it left me with a sense of guilt that I was abandoning my platoon to face the slaughter without me. Later I met another survivor from the platoon who said he had shot himself in the foot to miss the invasion. That was his source of guilt. Only one man in the platoon had survived the initial landing, I learned later.

How did this indoctrination process apply to the atomic bomb, and the killing of hundreds of thousands of civilians?  The  face-to-face killing in this case was missing, but the scale of killing was multiplied thousands-fold.

I knew the man who developed the switch used for releasing the two atomic bombs used against Japan.  The actual bombing was far removed from his reality.

As for myself, it took years for me to realize the tragic nature of such acts, in which I had played a small part.  Years later, in conversation with a German who had experienced the Allied fire-bombing of Darmstadt, which destroyed the entire city, I learned first-hand of the horror such bombing of a purely non-military city had wreaked.

On the other side, a one-time American bombardier told me he had become so inured to what he was doing that he could as well have pulled the lever over New York City, if ordered to do so.

Today our military has pilotless attack drones flying over Pakistan, controlled by military personnel who sit comfortably with cups of  coffee at their desktop computer monitors in Nevada.  As such automated killing takes over, the question becomes, “Who is the robot?

How does one approach the humanistic ideal of  pacifism, when war, like a cancer, has no cure?

Jack Kennedy mused, “There will always be war.”

Seeing our nation fighting a supposed war with terrorism for 10 years, with no end in sight, lends reality to that grim prediction.

With the deployment of ever more sophisticated weaponry that separates the actual killing from the killer, and the whole process of war from the broader public, has America become a modern warrior nation?

Wisdom doesn’t come cheap.  Einstein admitted, “Writing the letter to Roosevelt advocating development of the atomic bomb was the biggest mistake of my life.”

And here I am still dutifully paying my taxes.

DAVID LINDORFF, father of TCBH founder DAVE LINDORFF, is a retired professor of electrical engineering, and a Jungian analyst based in Storrs, CT. He is author of the book Pauli and Jung: A Meeting of Two Great Minds (Quest Books, 2010).