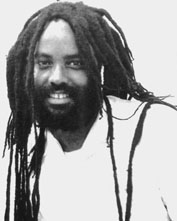 The US Army is holding Specialist Bradley Manning incommunicado in Kuwait on charges of leaking to WikiLeaks video of Apache helicopter pilots gunning down two Reuters cameramen and a number of Iraqis in a Baghdad neighborhood. The video is devastating in what it reveals about cold-blooded hi-technology warfare in a place like Baghdad. See it at: http://www.collateralmurder.com/

WikiLeaks has arranged for three pro-bono lawyers to assist Manning in his case. However, Manning must request they be allowed to see him. Since the Army will not inform Manning of their existence, he cannot ask for them to see him. Joseph Heller would love it, a perfect Catch 22.

After spending more than ten years in jail without a formal sentence, Curtis Flowers now can point to another unenviable distinction – he’s the first person in U.S. history subjected to six murder trials for the same crime.

Two of the five previous trials of this Mississippi man charged with the 1996 murder of four people in the rural town of Winona ended in jury deadlocks. State courts voided Flowers’ three convictions, each time citing outrageous misconduct by prosecutors.

One instance of prosecutorial error in the tortured Flowers trial saga involved biased jury selection procedure so egregious that Mississippi’s Supreme Court tagged it the worst case of “racial discrimination we have ever seen…” – an extraordinary declaration considering that state’s history of over-the-top racism.

Following the tidal wave of media buzz over General Stanley McChrystal in Rolling Stone, you quickly notice the story succumbing to the gravity of our media-circus culture, to the point it has become a story about celebrity and score keeping.

Would Obama fire McChrystal? How will the scandal tarnish the various individuals mentioned: US Ambassador Karl Eikenberry, Special Representative to Afghanistan Richard Holbrooke National Security Advisor James Jones? Who will come out on top of the heap and who will be banished into oblivion?

The real, existential questions about the war in Afghanistan that should be discussed in our highest public forums are somehow always lost in the excitement of watching careers on the high wire.

All modern scandals, some renowned person has said, can be reduced to someone blurting out the truth. That describes this Olympian dust-up perfectly. But what might have been a fantastic opportunity to dig deeper into the truths revealed has apparently been lost.

CUSTOMER: I wish to register a complaint.

CUSTOMER: Never mind about that, my lad. I wish to complain about this pelican that I purchased not half an hour ago from this very Oval Office.

CLERK: What’s wrong with it?

Oil-soaked bird in the Gulf of Mexico, brought to you by BP, your government, and your car Looking out across the gulf Of our mistakes, accidents and crimes I see a murky horizon Blurred by the brine of a tear… That is taking its time Gaining enough weight To trail down my cheek. The deep …