Something pretty amazing is happening thanks to the COVID19 virus. Doctors, nurses and other health workers are being respected in ways they haven’t been until now. Last night, MSNBC’s Lawrence O’Donnell expressed the current narrative in a way I’ve never encountered before. He was speaking of nurses, but it would apply to other health workers as well; he used an image usually employed for infantry soldiers and Seal Team Six warriors.

“Most of us do all we can to avoid the COVID19 virus. But nurses run toward the virus,” he said. I’ve heard infantrymen proudly say this, that normal people run away from gunfire, while the infantryman runs toward the gunfire. At a historic moment when public health care is a polarizing hot-button political football, this kind of thinking is pretty amazing. And it’s not restricted to MSNBC, CNN or The New York Times. 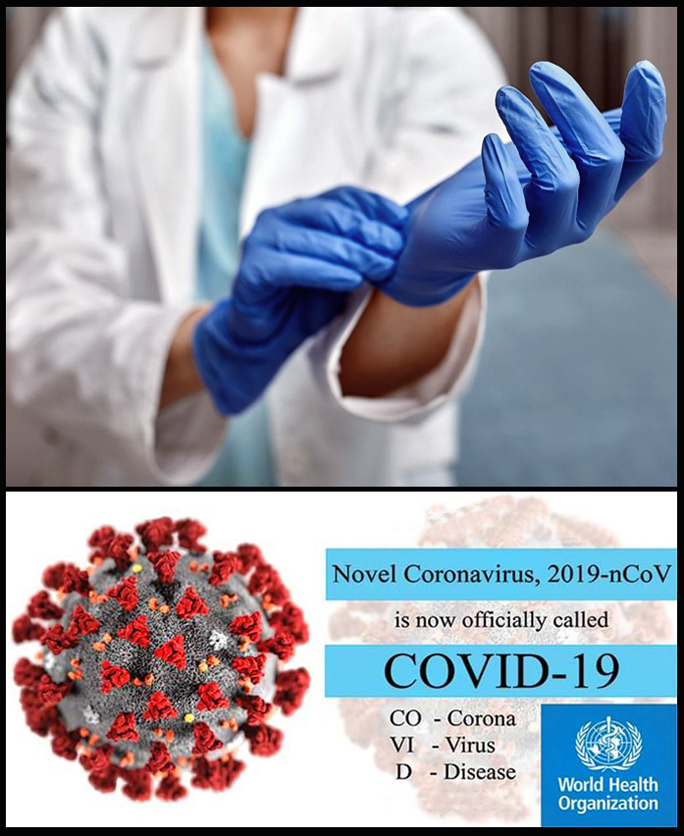 Much like memes on the global internet, the COVID19 virus is difficult to track or nail down: it’s anonymous, you don’t know where it’s coming from or what human host might be launching it into your system. When it comes to locating and thwarting overtly false memes, like an unprepared health-care system, Facebook throws up its hands in frustration. Of course, the idea of a virus has a metaphoric reality of infection in the world of computers.

But a real biological virus works on humanity very differently than the pesky political memes that can have such a powerful influence on our minds as individuals and, collectively, can cause us to respond en masse much like a disturbance of some sort will do with a giant undulating swarm of birds or a huge school of minnows. Well-crafted and disseminated memes, we’ve been learning, can have an amazing, sometimes dark and foreboding, impact on our lives that some might say can lead to societal disease.  The human mind is frightfully vulnerable to memes. Elections can be swayed by false memes. Hatred and wars can be fomented by strategically placed memes. The New York Times this morning had a story on President Trump’s insistence on employing the meme that the COVID19 virus is Chinese, a meme Fox News has been flogging for over a week. One clever White House wit was calling the virus the “Kung Flu”. I haven’t heard it referred to as The Yellow Peril, but who knows?

What’s really amazing to witness are those moment when the sneaky, microscopic virus was able to turn the normally blustering Donald Trump into a rather sheepish man, doomed to being upstaged by . . . scientists!  That said, rest assured he hasn’t let such humbling moments go to his head and prevent him from presenting audacious falsehoods as fact, such as when, following a determined personal effort to dismiss the virus as not that serious, he changed course and assured everybody of course he knew all along it was a “pandemic.” As he said in his press conference today: “I know the truth.”  What’s truly amazing is that even Fox News has had to pay homage to Science and the biologically frightening reality of the COVID19 virus; Laura Ingraham was humbled and downright worshipful when she interviewed the unflappable NIH chief Dr. Anthony Fauci. The fact is, while Trump and his far-right loyalists may be quite adept at manipulating political memes, they seem at a loss to counter the democratizing — socializing! — reality of a particularly contagious biological virus.

In a recent New Yorker profile of Brad Parscale — Trump’s wunderkind social-media meme-master – it was reported that there’s a lot of pressure these days on Facebook to address all the bad information and insidiously-placed false memes whizzing around the internet on Facebook and other social-media sites. The really interesting detail in this discussion was that conservatives and the far-right are, significantly, more concerned and motivated than the left to discourage Facebook from focusing too hard on locating and attacking the most blatantly false memes. It doesn’t take a genius to figure out why the far-right might be so concerned about this. Is it maybe because the far-right agenda is rooted in a focus and an intent that precludes honesty? Is it that maybe lying is necessary in order for the far-right agenda to appear concerned about humanity and fairness versus their much documented instincts toward greed and amassing power. Could lying like dogs and being sophisticated bullshit artists be necessary conservative and far-right traits?

As we all witness a truly amazing circumstance — the near-total closing down of the much-vaunted American free-market system for the public good – we have to ask ourselves how a very frisky, unseen, tiny biological bug could do what all those many smart people classically opposed to capitalism could never do: Get the nation to focus on public health in such a way that no one questions the idea of providing health care to people regardless of class, financial status or immigration status.

Holy shit! Could this be creeping socialized medicine? Has America finally lost its mind? Are we really eliminating the friendly triage specialist in the lobby who checks your wallet for an insurance card and, if you don’t have one, smiles as she shoos you out the door? Is it possible the COVID19 bug is a communist plot? Are they once again trying to fluoridate our precious bodily fluids?

So far, the news coming out of the mainstream press suggests this kind of reaction has been muted, that the problems encountered (not enough test kits; not enough hospital beds; not enough protective gowns and masks; not enough ventilators) may be human, but they’re matters of poor planning and priority shortcomings that linger from the past.  So far, whatever is driving this crisis response seems focused on serving the people who are sick no matter who they are or what their resources — or lack of resources — might be.

“This crisis requires science, facts and clear language,” Charles Woo, chairman of the Committee of 100, an organization of prominent Chinese Americans told The New York Times. “We face a global pandemic that calls for a truly global, unified response.” To me, that’s a healing meme.

Time will reveal the answers to all these questions. The national focus is intense and, so far, it seems focused on providing health care that without hysteria and using “clear language” one might call socialized medicine. The Times this morning had a front page story that suggested some elites (celebrities, sports heroes and “social media influencers”) were unfairly jumping the line for COVID19 tests. Asked about this, Trump replied: “Perhaps that’s been the story of life. That does happen on occasion.” No! It’s probably fair to assume this will happen more and more if Mr. Trump and his cronies are given the rope to institutionalize it. The president just declared he saw himself now as a “war president,” which set loose images of a dancing George W. Bush in my mind. I immediately wondered: Does that mean in his mind he’s declaring martial law?

In the meantime, all of us should honor health workers, those professional citizens among us dedicated to the healing arts who don’t run from a highly contagious, tiny, biological virus – but, instead, run toward the insidious little bugger. They don’t use guns or bombs or drones. They exhibit compassion; they practice a corny philosophy called love of their fellow human being; and they do it all with their hands, their minds, their hearts and the latest technology.

As tax-paying, potential COVID19 patients, we all should do all we can to honor our health workers and do whatever we can to make their jobs as effective and as low on stress as we can. A series of national medals should be created to honor their examples of bravery and compassion. And while we’re at it, we should take advantage of this crisis to improve the nation’s healthcare system.

As for Donald Trump and his loyal band of lying right-wing toads, since they’re part of the evolving social contract that’s going to beat the COVID19 virus, they’re entitled to the same fine health care as everybody else.